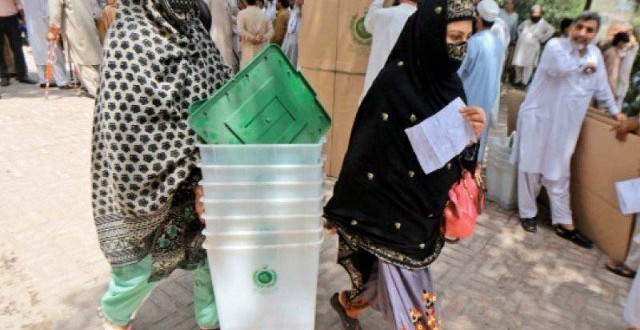 Addressing a press conference at Bannu Press Club, he said that in polling stations for women voters in Ali Khel, Hamzawoni, Chotai, Banda and other areas were set up 20 to 25 kilometers away in cantonment areas.

He said that Election Commission of Pakistan was violating its own rules as election in any constituency would be null and void where women voting ratio found less than 10 percent.

Dawar said that ECP deliberately made it impossible for women to cast their vote as it would not be possible for them to cover 20 kilometers distance in a conservative society. “This will deprive thousands of women from casting their votes,” he said and added that he would challenge the decision at the Peshawar High Court.

“Women would not be able to go to the polling stations in cantonment areas keeping in view strict security situation and long distance,” Dawar said.

He said that if the decision was not reviewed then women voters turn out would be less and urged the authorities to take notice of the anomaly.