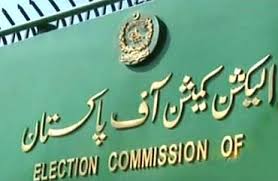 PESHAWAR: The Election Commission on Saturday warned elders and candidates against any attempt to bar women from casting their votes.

The warning came after Trust for Democratic Education and Accountability in its report claimed that agreements were being made to bar women from exercising their votes in parts of Khyber Pakhtunkhwa and erstwhile Fata.

The ECP warned that action against such people would be taken under Section 9 Election Act 2017 and elections would be declared null and voice in those areas along with Rs0.1 million fine and three year imprisonment.

The ECP warned its candidates to refrain from such agreements and directed them to ensure women come out for polling their votes. The ECP directed concerned district retuning officers and returning officers to take notice of agreements.

Besides, it also asked provincial election commissioner to take notice of such actions and take steps to contain it so that no one could be deprived of their right to vote. Women during by-polls on the then PK-95 Upper Dir May 2015 were stopped from voting after which the National Commission on the Status of Women (NCSW) urged the Election Commission of Pakistan (ECP) to declare elections null and void.

All religious and liberal political party leadership in Union Council Darora had reached a verbal agreement to bar women from casting their votes. A petition filed at the Supreme Court of Pakistan said there were 140,743 total voters in the constituency with 53,817, or 39 per cent, women among them. The ECP specifically set up 85 polling stations for women.

When the election process begun, media highlighted the climate of fear and as a result not a single woman could cast her vote. Even female polling agents were not there at polling stations. The Senate passed a resolution on May 18 last year condemning the undemocratic practice of barring women from voting. Later the ECP declared the by-election as void under Article 218 (3) of the Constitution and Section 103AA of the Representation of People Act, 1976.