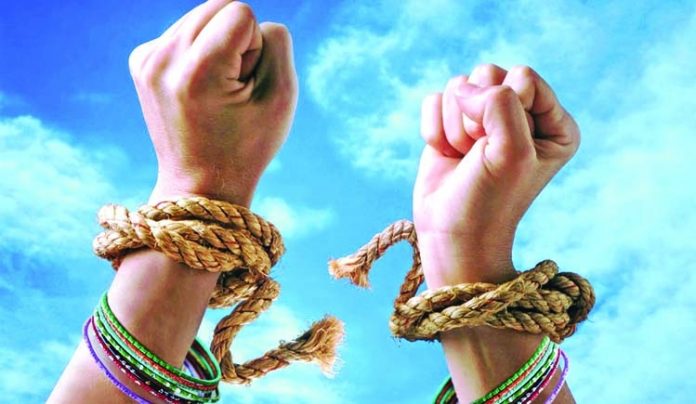 PESHAWAR: Progress of a nation is impossible without educated mothers. “If women of my country are not educated, about half of the people will be ignorant.” this was the opinion of Napoleon Bonaparte about women’s education.

In countries affected by conflicts, girls are more than twice likely to be out of school than girls living in non-conflict countries. The primary school completion rate for Pakistani girls in 2018 was only 64 percent.

Marriages at young age are also a crucial challenge because they are more likely to have children at a young age. Having children and getting education simultaneously can affect education, as well as the health of the girl’s children.

Some schools do not meet the safety, hygiene, or sanitation needs of girls. In some educational institutes, teaching practices are not gender-responsive and result in gender gaps in learning and skills development.

The lack of government funding for female education and harmful gender norms are the major obstacles. Some people believe that girls should not be educated beyond a certain age and should be removed from the educational system when they go through puberty to diminish the possibility of romantic relationships.

Violence also prevents girls from accessing and completing education – often girls are forced to walk long distances to school exposing them at an increased risk of violence. Most recent data shows that approximately 60 million girls are sexually assaulted on their way to or back from school every year. This often has serious consequences for their mental and physical health and overall wellbeing, and also leads to lower attendance and higher dropout rates. Some families try to keep the girls out of school due to security concerns when schools are not easily accessible.

If we consider society as a tree, then men are like its main stem which fortifies the tree to face the elements and women are like its roots; the nurturer and the ones that keep the society together. The stronger the roots are, the bigger and stronger the tree will be. By getting education, women will know about their rights. She will be well aware of her rights and could not be easily exploited. Education develops woman as an individual who plays a crucial role in society. Educated women become working women, bolstering the economy. They become innovators who grow economies, and leaders that stabilise communities.

Education increases a woman’s and her family’s level of health awareness. When women are allowed to receive education, they create a healthier and more prosperous life for themselves and their families. The general quality of life is improved when women receive education. The education of women is an important connection to the alleviation of poverty. They can earn money and lift their families out of poverty. When women are empowered through education and work opportunities, they stabilise communities by identifying local problems, creating improvements and engaging with public institutions.

We all have to understand and admit that women cannot be kept away from getting educated because educating a woman means educating the whole nation. We can judge a society by how they treat their women because they are the soul of a society. It would be a mistake to leave women behind in the goal of sustainable development. We need to pick up our books and our pen without gender discrimination. Education is the only possible solution to almost all the problems. History is full of evidence that societies in which women were treated equally and educated had prospered and grew economically over time.