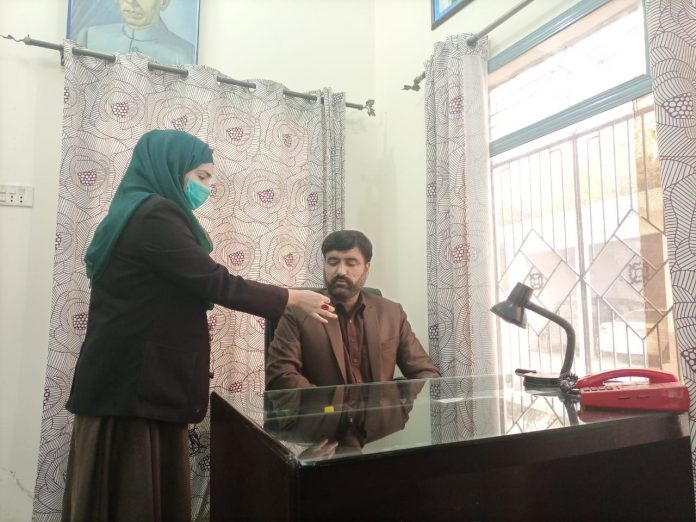 About 650 private educational institutions are functioning in Mardan district in which 195,000 students are getting education, and about half of them are girls. There are several private schools in Mardan which are playing commendable role in promotion of education, but Iqra Girls School in Rustam has got a unique distinction for arranging full pardah system for girls with quality academic activities.

Muniba, who is an eighth grade student hailing from Bakhshali, says she preferred Iqra School despite availability of government school in her area due to quality education in science subjects. She says she loves science and her school has the facilities of modern laboratory and equipment. She says arrangement of transport for girls is also satisfactory.

According to KP Private Schools Management Association, there are a total of 8,600 registered private schools in the province where about 124,000 teachers are employed. Besides that there are thousands of other private schools which are yet to be registered.

Nida, a student from Khairabad, says she got admission in Iqra School due to the facility of hostel as it was difficult for her to cover long distance to reach school and then get back home.

Shehla Ali, the school principal, says her school is providing quality education to girls for the last 20 years. She says Iqra School is the first educational institute which has established a separate campus for girls in Mardan. She says it was done keeping in view the reservations of some parents about co-education. She says many girls remain deprived of education as their parents are not willing to send them to schools with co-education system. She says it is more important to educate women as an educated mother will lead to an educated society. Shehla says many girls from her schools have now become have now joined the fields of medical, engineering and other top professions.

School Director Taj Ali Khan says the efforts of the institution for promoting girls education are paying dividends. He says education is a noble profession, but unfortunately some individuals have turned this profession into a business. He says high fee of some institutions is keeping intelligent students away from quality education.