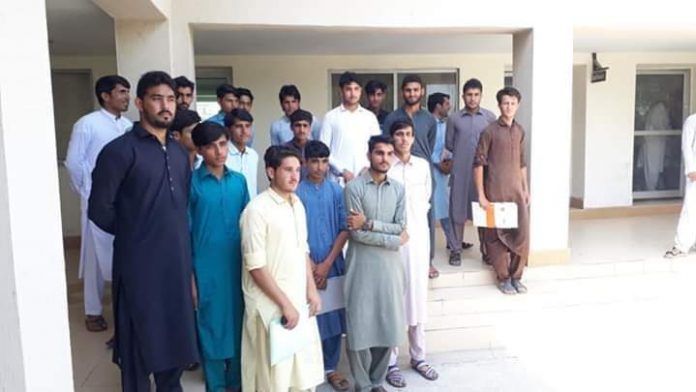 JAMRUD: Hundreds of students who have passed the secondary school certificate (SSC) examinations are confronting problems to get admission in the government degree college Jamrud due to limited number of seats in the institution, adding to the worries of their parents who cannot afford the hefty fee of private colleges.

Students are in a great predicament as they have no alternative available where they can continue their studies. Majority of students are not well-off to study in private colleges located in Peshawar. Students while talking to TNN lamented that the college admission process in morning shift has been completed and the college administration has announced that they are unable to accommodate more students leaving hundreds of students in quandary.

Students expressed the fear that their one year will be wasted due to government apathy to provide them with educational facilities in the district.

The college administration while talking to media said that they cannot accommodate more students as they already have not enough staff to teach the students. Parents of students are worried about the education of their children. They asked the federal and provincial governments to take notice and help them educate their children.

The parents said it is crucial to address the issues pertaining to people of the tribal areas so that they can recover from the damage that years of militancy and war against terror has wreaked. Thye added that although leaders of political parties make tall claims of progress in the tribal belt, little can be seen being put to implementation.

In an area where, in the past, schools and colleges were blown up by militants, now that some peace has restored the education institutions should be equipped to help students prosper and be able to come at par with students from other parts of the country.

The same issue also prevails in Bara Tehsil of Khyber districts. The Khyber Students Union president Arif Afridi along with other office-bearers of the union said while addressing a press conference at Bara Press Club on Friday that the Government Degree College Kohe Sher Haider faces a shortage of teaching staff as there are only 20 teachers in the college. They demanded second shift classes in the Bara College to facilitate more students who remain deprived of admissions in the first shift.