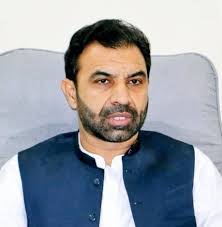 WANA: In his first visit to Wanna after the tribal areas merger with the province, Ziaullah Bangash on Saturday assured best educational facilities in South Waziristan.

He also ordered the transfer of education office from district Tank to South Waziristan.

Bangash said that the tribal areas were left under developed by the past governments but now Prime Minister Imran Khan has issued special directions to bring this areas at par with other parts of the country.

The minister said that as par the vision of Imran Khan practical steps are being taken to make all the closed school functional and ensure teachers attendance.

Ziaullah Bangash said that all partially and fully damaged schools will be reconstructed while 2500 new teachers will be hired for which advertisement has already been issued.

He said that the people of the South Waziristan have given great sacrifices and are much affected due to wars and instability in the region. “Now peace has been restored, all efforts will be made to provide all possible facilities in South Waziristan,” the minister promised the gathering.