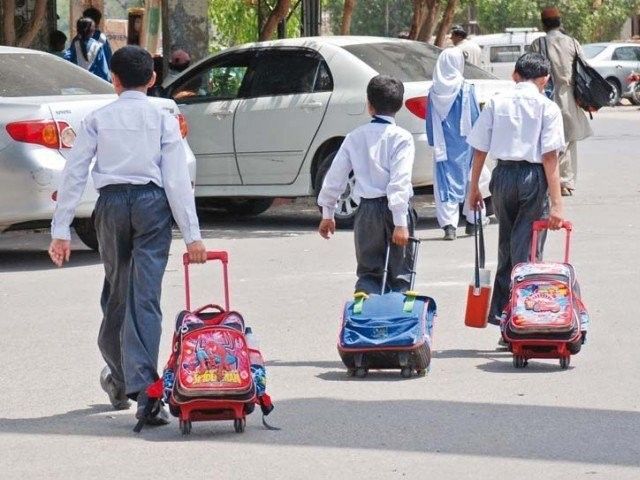 PESHAWAR: Educational institutions in most parts of the country remained closed on Thursday due to agitation by religious parties against the verdict of the Supreme Court of Pakistan in Asia Bibi case.

In Khyber Pakhtunkhwa, most of the educational institutions are closed. However, some government schools are open and students are attending classes there. Many students and teachers complained that they were not properly conveyed about the closure of schools and they had to return home upon seeing the locked gates of their schools and colleges. In some cases, the principals and headmasters of government schools initially telephoned teachers to inform them about closure of schools and then called them again to come for duty. Same happened with many students who discovered upon reaching their colleges that they are closed.

However, the situation was much clear about schools closure in Punjab, and all the educational institutions were closed till further orders. The provincial government had announced closure of the schools on Wednesday and said it will review the matter on Friday.

In Sindh, only the private educational institutions were closed and government schools were functioning as per routine.

Roads presented a deserted look in major cities of the country as protests against the SC verdict in Asia Bibi’s case continued on second day on Thursday. Section 144 has also been imposed in some major cities keeping in view the law and order situation. As such, pillion riding, assembly of people and display of arms has been banned in cities where Section 144 has been imposed.