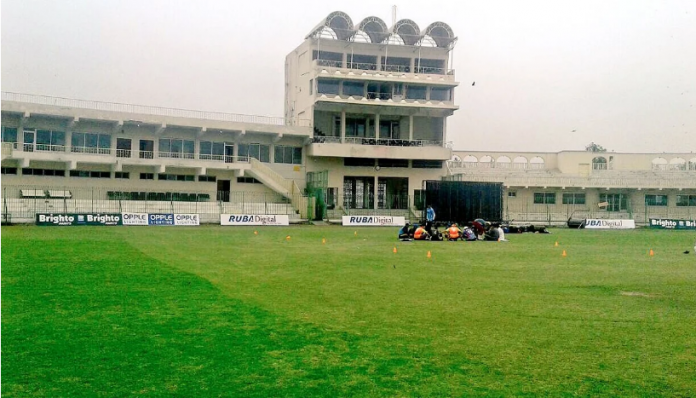 PESHAWAR: The Khyber Pakhtunkhwa government is making all out efforts to ensure that some matches of Pakistan Super League (PSL) next year are held in Peshawar, Chief Minister Mehmood Khan said on Monday.

Chairing a meeting of the Sports Department in Peshawar, the chief minister said civil work is in progress on the upgrading of Arbab Niaz Cricket Stadium Peshawar to develop it up to the required standard.

According to an official handout, the meeting reviewed progress made so far on upgrading Arbab Niaz Cricket Stadium for the possible holding of the PSL matches.

The chief minister said promotion of sports activities in the province was one of the top priorities of the provincial government. He said the government was taking result-oriented steps under a comprehensive strategy devised in this regard.

Mehmood Khan was confident that all the preparations for holding of the PSL match will be completed well in time provided that situations in coronavirus context were favourable. He directed officials of Sports and Construction and Works (C&W) Departments to make all efforts to complete the civil work on the upgrading of Arbab Niaz Stadium and provision of other allied facilities in time so that holding of some of the PSL matches in the stadium could be made possible. He also directed uninterrupted provision required funds for this purpose.

The meeting was told that a period of six to seven months will be required to complete all the necessary arrangements in the stadium.

“We are grateful to Pakistan Cricket Board and the Khyber Pakhtunkhwa government for the decision to hold PSL matches in Peshawar,” said Javed Afridi, Chairman of Peshawar Zalmi.

Javed Afridi said that Zalmi team management and all players are happy for Peshawar to be included as a venue for PSL season 6 in February and March next year.