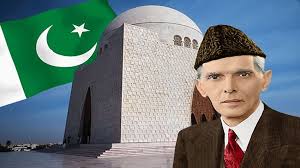 PESHAWAR:  On the 142nd birth anniversary of Quid-e-Azam Muhammad Ali Jinnah, Deputy Commissioner, Peshawar along with other officers visited the house where the Quaid e Azam had spent 11 days during his visit to the city.

Deputy Commissioner Peshawar Imran Hamid Sheikh appreciated the efforts of its caretaker, and said that he would make efforts declare the building as National Heritage of the country under the antiquity act.

The house situated near Nishtar Abad area of the city is still intact in its original condition. Jinnah stayed in the house for 11 days during his Peshawar visit during the freedom movement. Jinnah was guest of Khan Bahadur Hasan Khan in this house. His sons still harbor memories of Quaid-e-Azam visit.

It is owner has been asking the KP government for its conservation and declaring it as national heritage. However, there has been no record available which could testify that Jinnah has indeed stayed at this time.

The District Commissioner, Peshawar also arranged different ceremonies to celebrate 142nd birth anniversary of Quaid-e-Azam Muhammad Ali Jinnah. His guiding principle of “Unity, Faith, and Discipline” were also highlighted by the speakers. A Quaid day function was held in Nishtar Hall in which a large number of people from all walks of life participated.

Talking to the occasion, the speakers stressed upon the adoption of virtues of the great Quaid of the nation. Imran Hamid Sheikh DC Peshawar, in his speech, highlighted different events of the life of Quaid-e-Azam which showed his high values, strength of character and truthfulness.