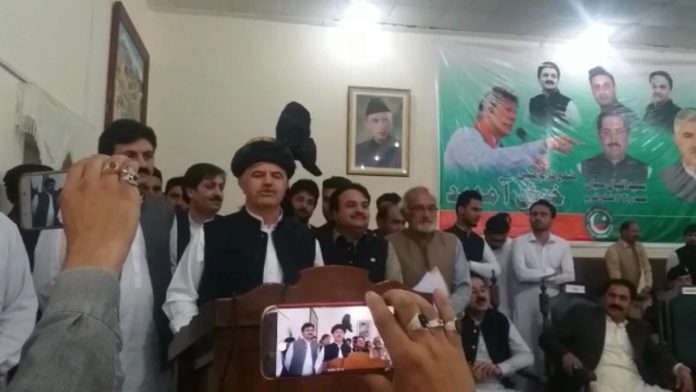 PARACHINAR: Chief Minister Mehmood Khan has said on Thursday that efforts are underway to reopen the Parachinar airport. He added that Prime Minister Imran Khan wants to bring the tribal areas into the mainstream; therefore all efforts for the opening of the airport are underway.

He was talking with media during his visit to Parachinar.

Speaking on the occasion, the Chief Minister said that his visit is aimed to address long-standing demands of area people and address their core issues. He also inaugurated Sehat Insaf Card and said that district headquarter hospital will be upgraded and all the facilities of modern healthcare would be provided to people adding doctors and medical staff would also be appointed in the hospital to improve service delivery.

Mehmood Khan said that the infrastructure of the area will be developed to boost tourism-related activities and people would be facilitated in getting basic amenities of life. He said that very soon area people would be provided interest-free loan from 50,000 rupees to one million rupees underemployment scheme.

KP CM said that appointment of teachers would be ensured in schools and action would be launched against ghost employees in education institutions. He said that the government is also focusing provisions of special packages to farmers enabling them to improve the productivity of their lands.

He said that solar electricity would be provided to mosques, imambarghas and other public places. He also announced medical college for district Kurram. He said that government would also promote healthy activities by establishing sports grounds in the area.