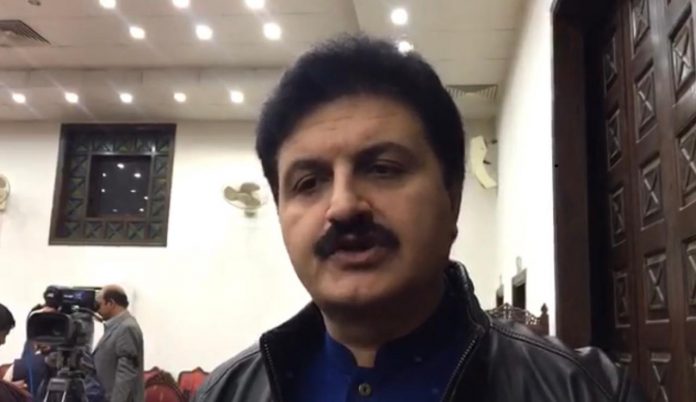 PESHAWAR: Adviser to Chief Minister and Spokesperson for Khyber Pakhtunkhwa Ajmal Khan Wazir Wednesday said all-out efforts will be made to resettle the IDPs of Bakakhel camp in their native areas during the months of March and April.

Addressing a press conference here at CM House, he said concerned authorities have been directed to resolve the issues and problems of IDPs still residing in Bakakhel Camp. “Every possible help and assistance would be extended to the IDPs in their resettlement,” Wazir said.

He said that provincial finance minister; Taimur Salim Jhagra has met with federal finance minister, Asad Umar for timely provision of Rs 100 billion for tribal areas under the 10-year development package. He said that Independent Monitoring Units have been activated in the merged districts that would furnish a report about requirements and working in health and education sectors in the areas.

He maintained that the government will hold cabinet meetings in tribal districts in future aiming expeditious resolution of problems of tribesmen adding KP CM had sought six-month schedule by ministers about their future plans to visit merged areas. Regarding the future of erstwhile FATA employees, he said that no one will be removed from service while locals would be appointed on vacant posts in merged districts giving them educational and age relaxation.

KP spokesman informed that CM Mahmood Khan had visited Wana in South Waziristan, Sararogha and Makin and held meetings with locals and notables besides acquiring briefing about area problems. Advisor to CM said that Khasadar forces will be inducted and no one will be deprived of their jobs. “Criteria is being set for Khasadar force to give them facilities and privileges.”

He said the government had reconstructed and inaugurated house of Naqeeb Ullah Mehsud in his native town adding the government is endeavouring to fulfil its responsibilities with regard to merged districts.