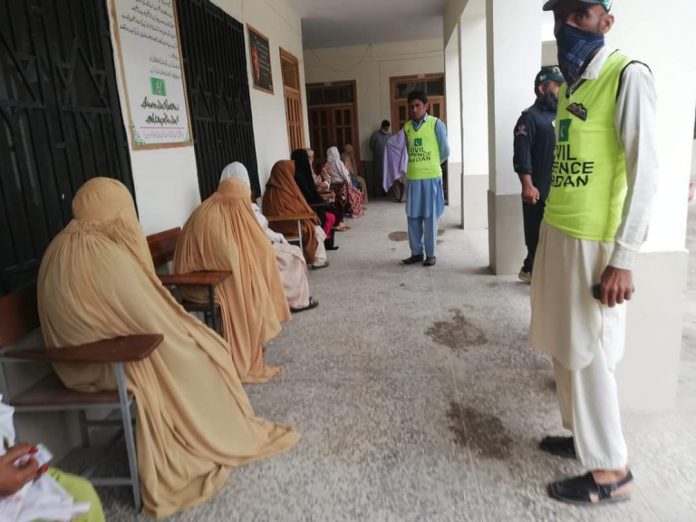 PESHAWAR: The federal government on Saturday launched Ehsaas National Socio-economic Registry survey in South Waziristan to pass on the programme benefits to the locals by registering them under its multiple initiatives.

Special Assistant to the Prime Minister on Social Protection and Poverty Alleviation Dr Sania Nishtar inaugurated the program during her visit to Tank and South Waziristan.

During her visit, Sania Nishtar also participated in four tribal Jirgas and took the tribal elders and notables into confidence about aim of the ongoing survey.

According to an official statement, Sania Nishtar while addressing the Jirgas appealed to the local residents to facilitate survey teams in door-to-door collection of household data. She urged the tribal elders to play their role in this regard.

She informed that 65 percent survey in Tank district has already been completed. Tank and South Waziristan were the most underprivileged districts of KP with high rates of poverty, malnutrition and infant mortality.

The special assistant said the poverty profiling of households was being done through a computer-aided digital system and would be completed in few months. She said people of merged districts should participate in the survey to get benefits from a multitude of conditional and unconditional cash transfer under Ehsaas programme.

Sania Nishtar said the government had carried out new Ehsaas survey on merit basis without any political considerations so that no deserving families  remained deprived of assistance.

She said that under the Ehsaas policy, the survey would ensure the inclusion of poor families in several Ehsaas initiatives — Kafaalat, Waseela-eTaleem Digital, Undergraduate Scholarship, Amdan, Interest Free Loan and Nashonuma. She thanked the local teachers for doing a commendable job in executing survey enumerations.

Sania Nishtar said that with the support of local teachers under the technical handholding of Ehsaas, the survey would be completed in those areas at earliest. She said the survey approach was being accelerated across the tribal districts and the main priority goals of Ehsaas were to help the vulnerable population and uplift the under-developed districts.

Earlier, Sania Nishtar at a press conference in Tank described the methodology and digital approach adopted for the Ehsaas survey.