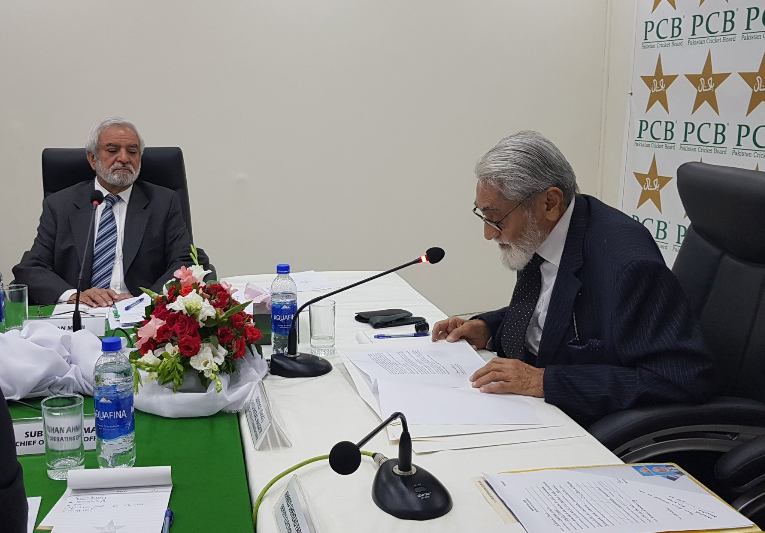 Justice (R) Afzal Haider conducted the elections as election commissioner. Ehsan Mani was the only candidate to submit his nomination papers for the vacant post, and all members of Board of Governors (BoG) unanimously voted for him to head the PCB.

Ehsan Mani previously represented the PCB at the ICC, cricket’s governing body, as Treasurer for three years and later headed the body for another three years from 2003 to 2006. He has also served on the Board of Governors of Shaukat Khanum Memorial Trust Hospital but on an honorary basis without withdrawing any salary.

Ehsan Mani was expected to meet Board of Governors and address a press conference after his election.