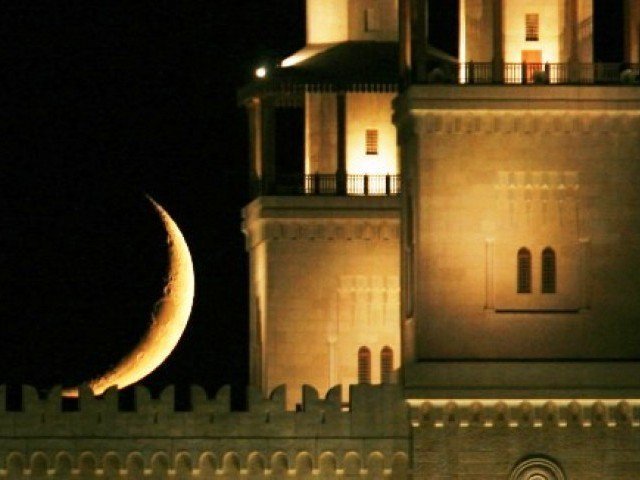 PESHAWAR: The Met Office says there are visible chances of the Shawal (Eidul Fitr) moon being sighted on Friday, 15 June.

The Met Office said there are fewer chances of the moon being sighted on Thursday, 14 June. Therefore, there are strong prospects that the Eid will be celebrated in Pakistan on Saturday, 16 June.

In Pakistan, the subject of Ramazan moon-sighting often remains controversial as some local unofficial committees, especially the one led by Mufti Shahabuddin Populzai in Peshawar, announce moon-sighting one day ahead of the official Ruet-e-Hilal Committee. The followers of the local committee in Khyber Pakhtunkhwa and Fata accordingly observe Ramazan and Eidul Fitr one day ahead of the rest of the country. Most Afghan refugees in Pakistan also follow Saudi Arabia in observing Ramazan and Eid.

Again, there are good chances that the whole Pakistan will celebrate Eid on the same day if the local committees did not create any difficulty on the moon-sighting issue.