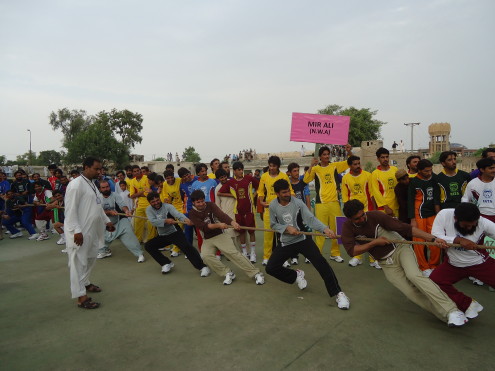 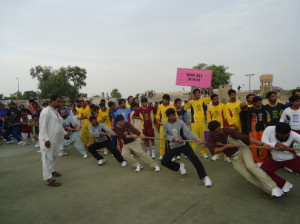 BANNU, August 13: On the directions of Governor Sardar Mehtab Abbasi, an 8-day sports gala for the internally displaced persons of North Waziristan has started Qazi Mohib Hockey Stadium in Bannu.

The Sports Gala was inaugurated with the traditional dance “Attan” and tug-of-war game. Youth from different areas of North Waziristan participated in the event and appreciated it.

“It’s a great day; all the players of North Waziristan have come together at the same place and we are enjoying this event; I am a player of volleyball and expecting a good performance,” said a visitor.

At the inaugural ceremony, Director Sports FATA Mr Faisal Jamil expressed told TNN, “It’s the first part of the event. Hopefully, second phase of the event will be organised soon.”

He added, “We can’t alleviate the pain and worries of these IDPs, but we have the power to bring a smile on their faces and we did this through this event. You see the happiness in the form of their smiles and dances. We have 25 teams of cricket while there are teams of football, basketball, volleyball, tug-of-war and Kabaddi. Each player has been given 600 rupees as travelling allowance.