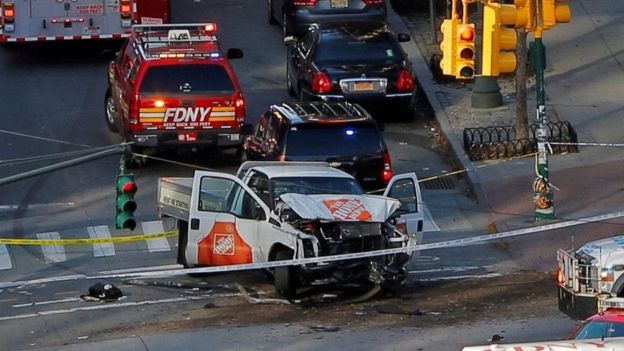 PESHAWAR, 1 November: Eight people were killed and 11 injured when a man drove a rented truck onto a busy bicycle path in Lower Manhattan, New York city, on Tuesday.

The US security officials said it was an act of terror. The suspect, identified as Sayfullo Habibullaevic, was shot injured by the security personnel and arrested. Security sources said a note was found in the truck of the suspect which had a reference of militant organisation Islamic State. The suspect came to the US from Uzbekistan in 2010.