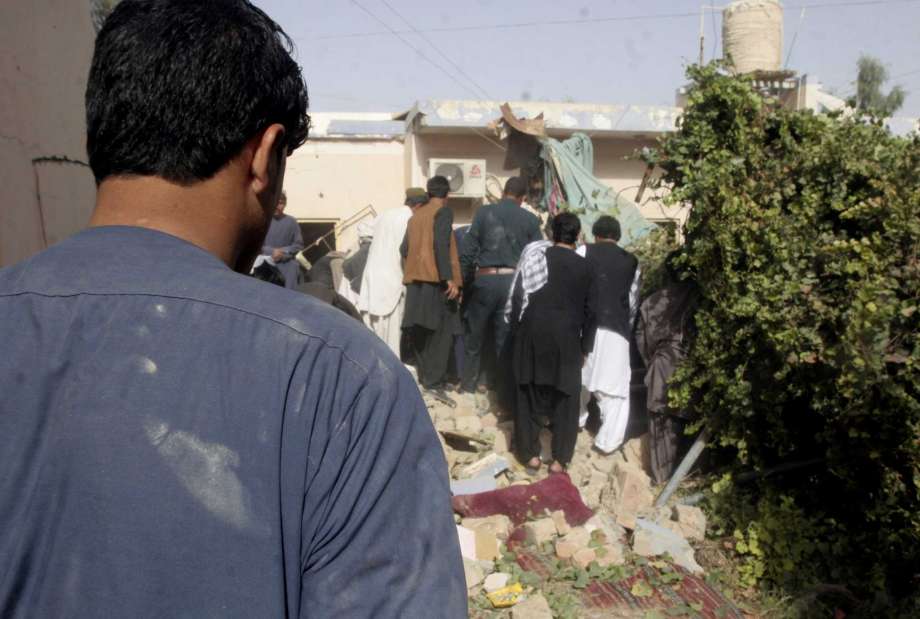 PESHAWAR: Eight people, including an election candidate, were killed and 12 others were injured in a suicide attack on an election gathering in Helmand province of Afghanistan on Tuesday.

The explosion happened in limits of 1st police district in Lashkargah City, the provincial capital, at 2:30pm, the provincial governor’s spokesman said.  A Wolesi Jirga candidate, Saleh Mohammad Achakzai was among eight civilians killed in the suicide attack.

Afghan President Ashraf Ghani strongly condemned the suicide attack and said: “The Afghans, who strongly believe in democracy and in their bright future, will not allow terrorists and their supporters to stop democracy in the country.”

So far no group, including the Taliban, has claimed responsibility for the attack.

On Friday, an attack at an election rally in Nangarhar killed 14 people.

At least eight candidates, including Saleh Mohammad Achakzai, have been killed in insurgent attacks since the beginning of July, soon after the candidate registration process was finalised.