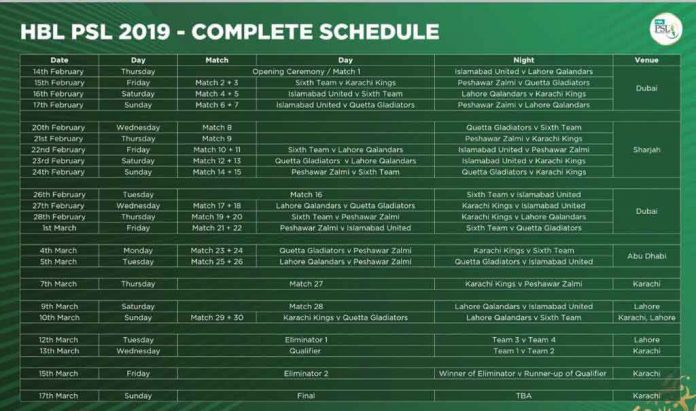 LAHORE: Pakistan Cricket Board on Friday announced schedule for the fourth edition of Pakistan Super League that will start Feb 14 till March 17.

As per the schedule, the league will be played at five venues including United Arab Emirates and Pakistan. In this season, eight matches will be played in Lahore and Karachi out of total 34 matches that will continue for 32 days.

According to the schedule, every team will play the other twice with the top-four after 30 event matches.

The table-toppers will play the second-placed team and the winner will progress to the final while the losing team will play second match with third qualifier for the final match.