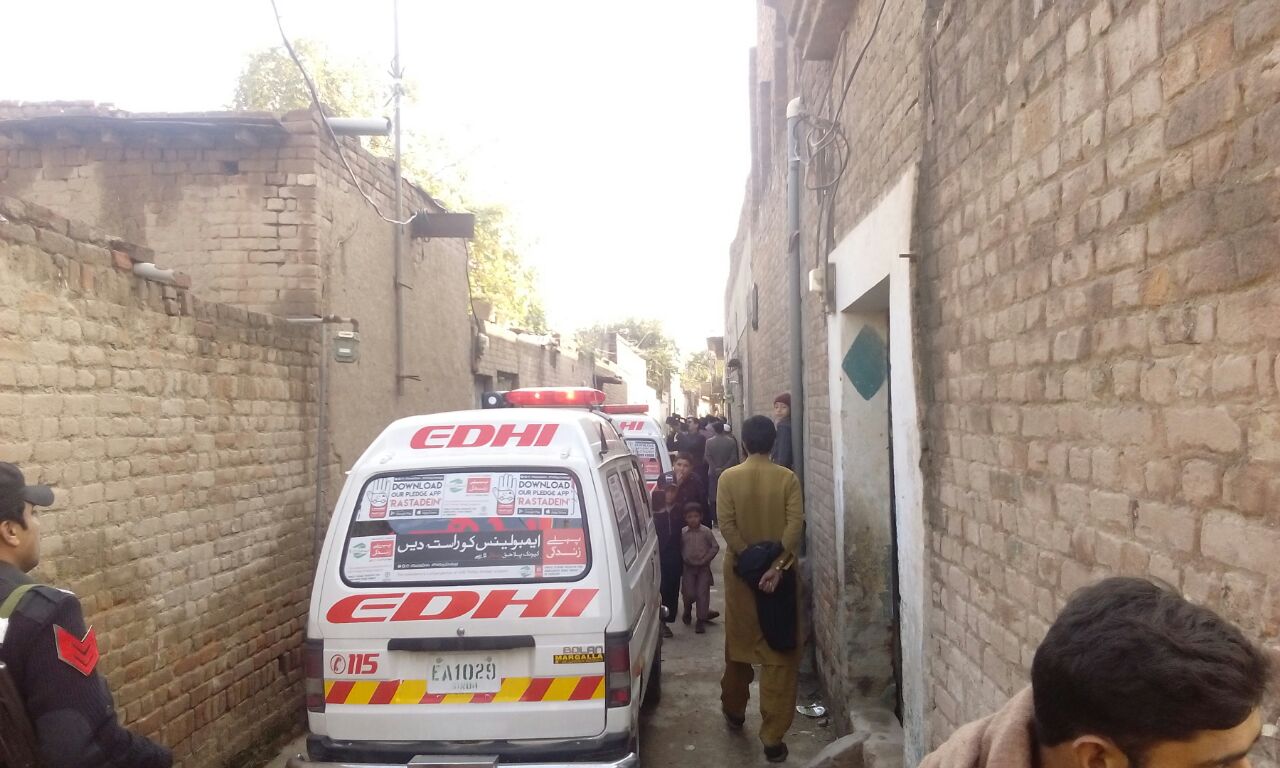 PESHAWAR, 16 November: Eight people of a family sustained burn injuries due to a blast after gas leakage in a house in Pakha Ghulam area of Peshawar on Thursday.

Police said wife of Hazrat Shah was igniting fire in her house in the morning when an explosion occurred due to gas leakage. Hazrat Shah, his wife and six children were injured in the incident. Four of the injured were shifted to Islamabad due to their critical condition, while others were under treatment at Khyber Teaching Hospital Peshawar.