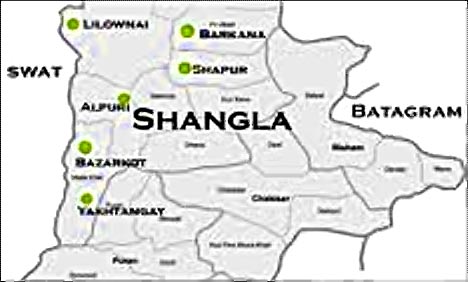 SHANGLA, 24 April: At least eight passengers died, including a woman and a kid, while another three sustained injured as a bus plunged into a ravine here today.

The local police said that the bus was on his way to Kohistan from Bisham when the driver lost control over the vehicle due to brake failure at Lahore Nala on Karakuram Highway. The injured have been shifted to Bisham Tehsil Headquarters Hospital.