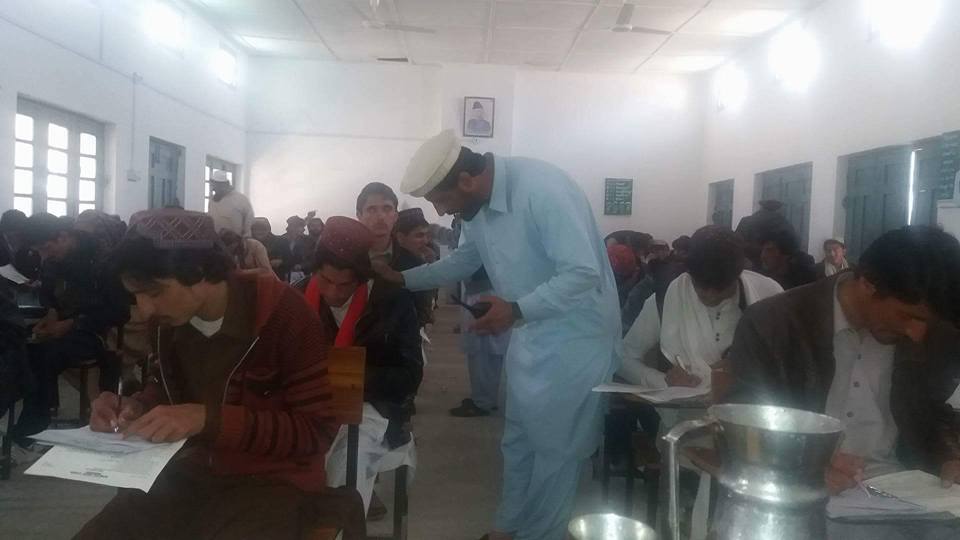 WANA, 20 March: The political administration of South Waziristan agency on Monday arrested eight students on charges of cheating in the matric examinations.

As per details, deputy tehsildar Zahid Younis paid surprise visits to different examination halls and arrested eight students attempting papers through cheating. The arrested students were shifted to the jail.

Before the start of the 9th/10th examinations, the elders of the Ahmadzai Wazir, Dotani and Suleman Khel tribes have reached a consensus that students involved in cheating or those who have been supporting cheating would be declared as culprits and stern actions would be taken against them.