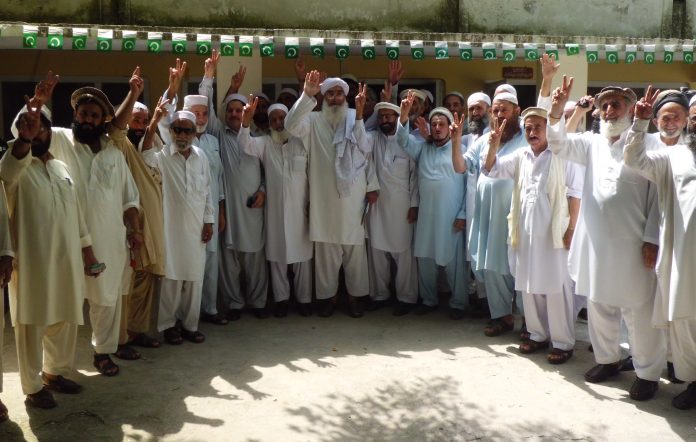 HANGU, August 16: Elders of all the 19 union councils of Hangu distrct have protested the non-provision of natural gas to the area.

Addressing a protest rally in front of the deputy commissioner’s office on 15 August, the elders said the gas produced in the region was being supplied to other areas, while the local residents were deprived of the facility.

They warned to expand their protest if the authorities did not stat gas supply to them.

“We will form a committee soon and will not sit idle till each house in Hangu get facility of natural gas a few areas including Hangu city have been provided the facility but most of the areas are awaiting it,” stated an elder.

The Hangu Deputy Commissioner, Naeem Anwar Sadozai, says they have informed the provincial government about the issue and that the natural gas will be provided to others areas soon.