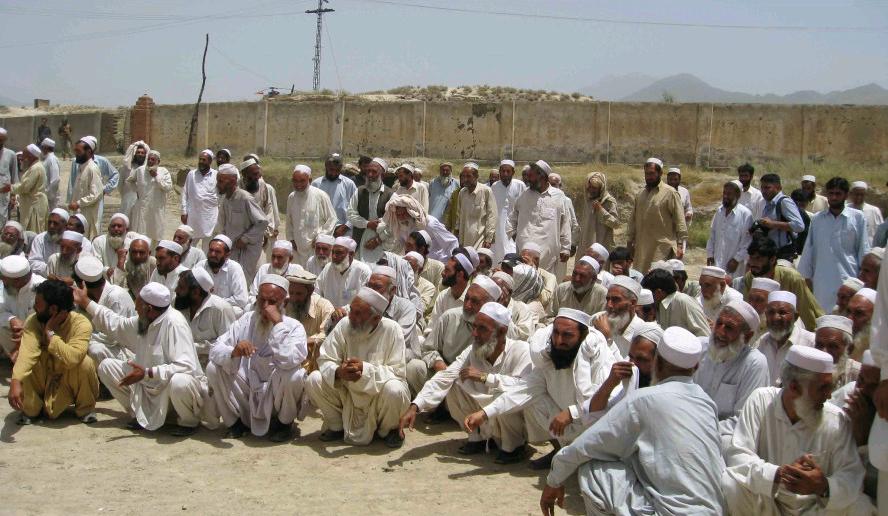 GHALLANAI: Elders of Mohmand tribal district on Monday staged protest against the merger of Fata with Khyber Pakhtunkhwa.

The elders held a grand Jirga in Ghallanai Bazaar, the main town in Mohmand district, and then staged a sit-in on the road leading from Peshawar to Bajaur district. Participants of the sit-in chanted slogans against the implementation of police and patwar system in the tribal districts.

The tribal elders announced to hold another Jirga at the end of this month to decide the future strategy.

They later staged a sit-in on Peshawar-Bajaur road and chanted slogans against proposed scrapping of Khassadar force and implementation of police and patwar system in their areas. They said Khassadars have offered matchless sacrifices for the country, and they will not any injustice with them. They said the options of patwar and police system are impracticable in tribal areas. They vowed to continue their protest movement against the merger.