KHYBER: Naheed Afridi, who is contesting the election on Awami National Party (ANP) ticket on PK-106 Khyber said that her aim is not just to win her seat but to change the attitude of society towards women and encourage women to actively participate in the political process.

Naheed has done master in Philosophy and has worked with several organizations for the welfare of tribal society. She belongs to a political family of Neki Khel, a sub-tribe of Zaka Khel, her father and grandfather were closely associated with politics.

Naheed said TNN that she was interested in politics since her childhood and started active politics in 2013. It is very difficult for a woman to participate in active politics and conduct her own election campaign in the tribal society.

Naheed said that if she wins the election, she will serve both male and female members of the society, however, her main attention will be the uplift of women. She promised that she would work for the provision of clean drinking water, electricity, basic health units and other basic facilities of life.

While talking to TNN, Naheed said that she has no competition with anyone, nor her only aim is to win the election but to give political awareness to tribal women, who have been kept deprived of their rights for generations.

Naheed told that she is running door to door campaign and wherever she goes, women warmly welcome here assure her that they will vote her on the Election Day. 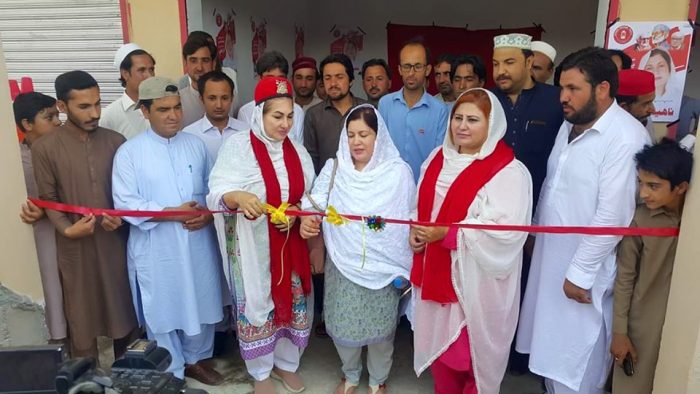 Naheed said that she also addresses men gathering and tries to change their perception to vote her party in the election and make them aware of women rights.

On one side, if she is criticized for running campaigns against traditions of tribal society, she has also got a lot of appreciation for changing the century-old traditions that restrict woman only to her home. She said that an elderly man has assured her that what the man couldn’t do, she will do it for the people of tribal district.

Naheed lamented that some people, especially journalists are undue criticizing her political ambitions and her efforts for the rights of women. While talking about this issue, senior journalist, Tayyeb Afridi said that it is very disappointing that even today some people want to keep women restrict to her home only.

He added that Journalists are representatives of society, they’ve to report everything impartially without their own likes and dislike. Tayyeb added that within our cultural limits, we have to provide women with all facility which is their legal and constitutional rights.