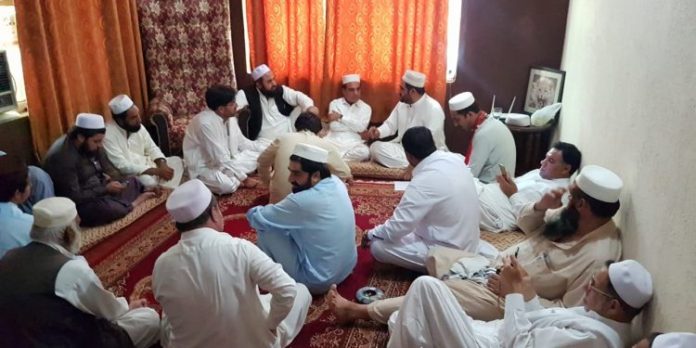 The JUI-F leader alleged that a sitting Member National Assembly, who is also a federal minister, has run election campaign for Shermat Khan Afridi. He said the candidate and the MNA must be disqualified over election code of conduct violation. He also alleged that Senator Taj Muhammad Afridi is showing complete disregard to election laws. He alleged that the business of sale and purchase of votes is going on in full swing, while no one is taking notice of the matter.

Ijaz Shinwari said all the opposition parties will make a joint strategy if their demands were not accepted. He said the option of staging protests is also on the table. He said several complaints have been sent to the Election Commission of Pakistan (ECP) and district administration officials, but no one is taking action. He said there is no use of rigged elections the results of which would not be acceptable to anyone.

Elections on 16 general seats of tribal districts will be held on July 20. Initially, the polls were to be held on July 02, but were postponed over the request of the KP government citing administrative and security matters.