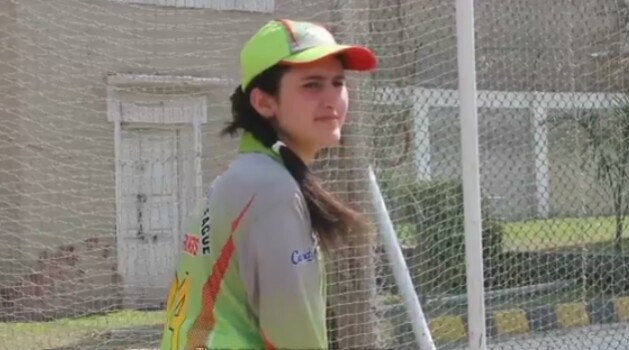 PESHAWAR:Jamaima Afridi, an emerging cricketer hailing from Nadir Khan village of Landikotal in Khyber tribal district, is the only female cricketer from the region who is fighting all kind of stereotypes to achieve her goal of becoming an international level cricketer.

“I always face harsh criticism, particularly from people in my own village. They say I am a girl, but play like boys,” she said while talking to TNN.

After merger of erstwhile Fata with Khyber Pakhtunkhwa, the government has announced construction of sports grounds in all 25 sub-divisions of tribal districts. KP Director Sports Asfandyar Khattak said players from merged districts will be provided facilities at playgrounds. A committee has also been set up to arrange sports events in merged districts this year.

Gul Habib Wazir, a social activist from North Waziristan, while talking to TNN doubted the intentions of the government, saying that such announcements were also made in the past, but nothing was done practically. He said local sports bodies must be taken into confidence before arranging any event because they are well aware of the local situation and needs.

Players in merged districts often complain about lack of facilities. They say talent in these areas parishes before coming to the fore due to lack of facilities. Muhammad Nabi, a Judo player from Bara, said establishment of sports grounds in tribal districts will bring forward fresh talent. He said the condition of common sportsmen can be gauged from the fact that he, despite becoming a national champion, has not got proper attention from the government and administration. Muhammad Nabi is participating in Karate competitions for the last 15 years and won silver and gold medals in national competitions and also represented the country in international competitions.

“The government has set a target to set up maximum number of volleyball, tennis and badminton courts and cricket academies and grounds in merged districts by next year. Sports complexes are built on divisional headquarters level,” Mr Khattak said.

He said indoor gymnasiums for female players with all facilities will be set up on district level.

“We will also make efforts for providing sports areas for girls at sports grounds,” he added.