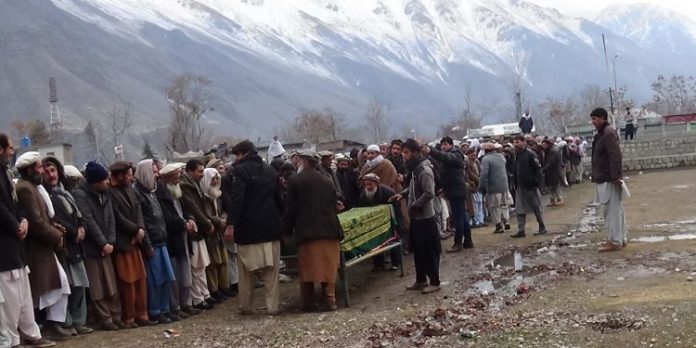 He was laid to rest in his ancestral village the same day. Local people said Maulana Nigah was serving as a teacher of Khowar language in Chitral and hundreds of students learned the language from him. He served in different schools and promoted Khowar language and literature. Maulana Nigah was the first poet to translate the work of famous Chitrali Sufi poet Muhammad Siar (Deewan-e-Siar) from Persian to Urdu language for better understanding of literature students. He made this translation in epic form which was greatly liked in the literary circles. This translation work is known as Sharh Deewan-e-Siar.

Maulana Nigah also wrote three books, two of which were published, while one remained unpublished. These books have been written in poetic form in the local Khowar language.

It is said that Maulana Nigah was suffering from lung disease and a surgery was performed on him at the Khyber Teaching Hospital (KTH) in Peshawar one and a half years ago. However, the surgery remained unsuccessful and he contracted cancer which took his life.

Maulana Nigah was born in Tirich Mir area after which he shifted to Singor area of Chitral along with his family. He has left behind five sons, Professor Zahoorul Haq Danish, Mehboobul Haq (a school teacher), Ihsanul Haq (Patwari), Manzoorul Haq (school teacher) and Masoodul Haq. He was brother of Khuda Nigah (school principal) and cousin of Zar Ajam and Sadiqullah Sadiq.

The Namaz-e-Janaza (funeral prayer) of Maulana Nigah was performed at the polo ground in Chitral on Saturday after which he was laid to rest in his village Singor. Thousands of people attended his funeral prayer.