Prof Mahjoor’s son Anas Khan said his father, who was under treatment at a private hospital in Peshawar, died on Sunday morning. His funeral prayer will be held at 4:00pm in Nowshera.

Prof Mahjoor’s original name was Pervez Khan and he hailed from Khweshgi Bala area of Nowshera. He was born on January 14, 1952. He got his early education up to matriculation from his home town Khweshgi Bala. He passed intermediate exam from the Government Degree College Nowshera in 1971 and then got Bachelor’s and Master’s degrees in Pashto and Urdu literature as a private candidate from the University of Peshawar. He then got PhD from the University of Peshawar during which he wrote thesis on spiritual personality Arzani Khweshgi’s Deewan (poetry collection). 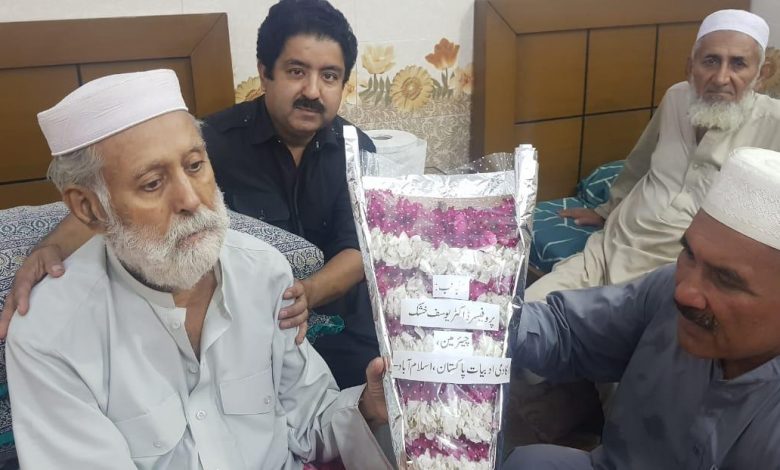 Prof Mahjoor was initially appointed as a government teacher in Misri Banda area of Nowshera, but he left the job after a couple of years as he aspired to do something bigger and everlasting. He got the job of junior research officer at Pashto Academy of University of Peshawar and worked there for 14 years. He then became an associate professor at Pashto Department and became a full professor in 2011.

Prof Mahjoor supervised more than 20 M.Phil and Ph.D scholars for their research work. He has also written 12 books on research. He had said in a recent interview that instead of going for routine research, he decided to conduct research on mystic and spiritual poets and he was inspired from the work of Hamesh Khalil. He said he is a great follower of Rehman Baba for his mystic and romantic poetry.