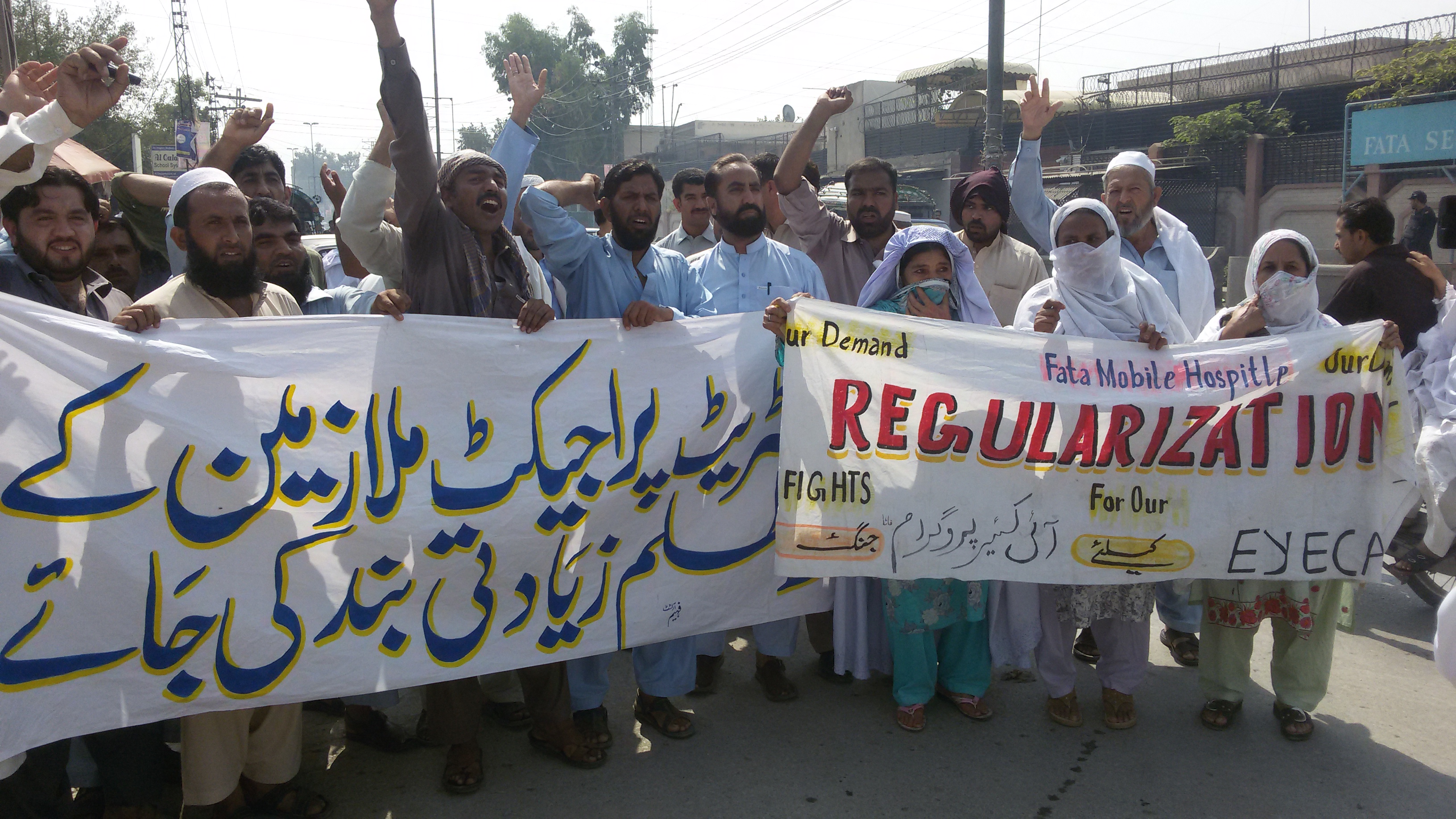 PESHAWAR, 27 September: Hundreds of employees of a health project at appealed Governor Khyber Pakhtunkhwa Iqbal Zafar Jhagra to take notice of non-payment of their salaries by Fata Secretariat.

The employees also gathered outside the secretariat and staged a demonstration to protest withholding of salaries.

Employees of Mobile Hospital and Eye Care project gathered outside the secretariat where they chanted slogans against the health secretary and additional chief secretary Fata.

They complained that the department has not paid their salaries since last three months due to which they facing immense problems. Talking to Tribal News Network (TNN), Health Project union leader Muhammad Jamshed said that the federal government has increased their salaries and a notification was also issued in this regard.

He said that the secretariat was not paying their old salaries let alone the increments due to which they were unable to pay their children fees as well fulfill their daily needs.

He said that the employees were asked to perform duties in far flung areas on their own expenses but they were entitles to receive travelling allowances.

The protesters demanded of the federal government, governor Khyber Pakhtunkhwa to take notice of the issue and order immediate release of their salaries.