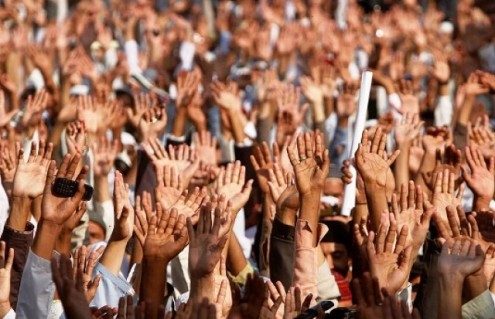 MARDAN, January 1: Workers of Utility Stores Corporation of Pakistan have protested in Mardan district as they said they had been demoted.

At a rally, they said about 600 employees had been degraded. They said they would launch countrywide protest if their colleagues were not reinstated.

“Some have been demoted from pay scale-7 to 5, and some from scale-5 to 3. If our demanded were not met, we would lock all utility stores across Pakistan,” he added.

Meanwhile, regional manager of utility stores for Mardan region Inayat Khan says the educational qualification of the employees had not been considered during their appointment and that they were not qualified for the positions.