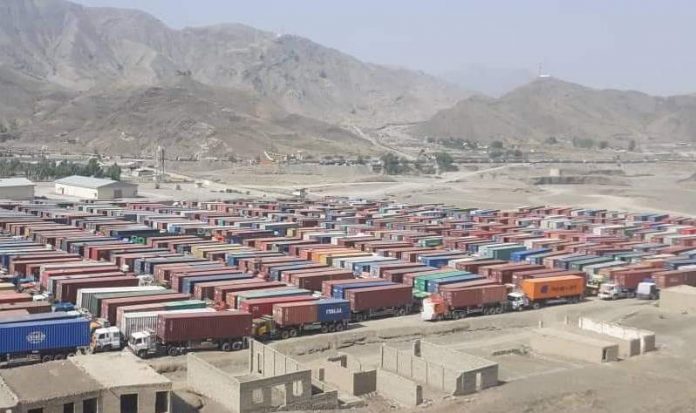 LANDIKOTAL: Customs clearing agents are perturbed over negative impact on transit trade on Pakistani side due to ongoing situation in Afghanistan.

Hundreds of empty trailers have entered Afghanistan from Pakistan side via Torkham border during the last two days. Customs Clearing Agent Gulab Shinwari told local reporters that trade and business activities at Torkham border have reduced significantly during the last few days. He said over 2,000 empty containers are parked  on the Pakistani side for the last two months, and each empty container causes a loss from Rs15,000 to Rs20,000 for the owner on daily basis.

Pakistani Customs agents say they cannot contact the Afghan border and Customs officials directly, but they have conveyed their grievances through the concerned quarters in Pakistan. He said the increasing number of empty containers is adding to their worries. They said the Taliban officials are showing some lenience to vehicles carrying fresh fruits.

The Customs officials informed that a trip of trailer transporting cement to Afghanistan ranges from Rs40,000 to Rs50,000. However, they said, now the vehicles prefer going into Afghanistan empty without carrying cement, and bring fresh fruits and vegetables for Rs80,000 per trip from Kabul and Rs90,000 per trip from Logar. They said the fare of such trips from Kabul and Logar increased up to Rs130,000 a week ago, which has come down now. They said as many as 485 empty trucks have entered Afghanistan via Torkham during the last two days due to which imports from Afghanistan are increasing.

Nowadays, exports from Pakistan to Afghanistan mainly depend due to changing situation in the neighbouring country. The banking system in Afghanistan is closed and people there are reluctant to invest in anything until the situation stabilises.

Sources said exports to Afghanistan have also suffered due to prolonged procedure of checking on Afghan side. The sources said the vehicles entering from Pakistan to Afghanistan are checked under six steps despite the fact that these vehicles are passed through the scanner of the National Logistics Cell (NLC). This is causing loss of time and very few trucks can pass through the border in a long time.