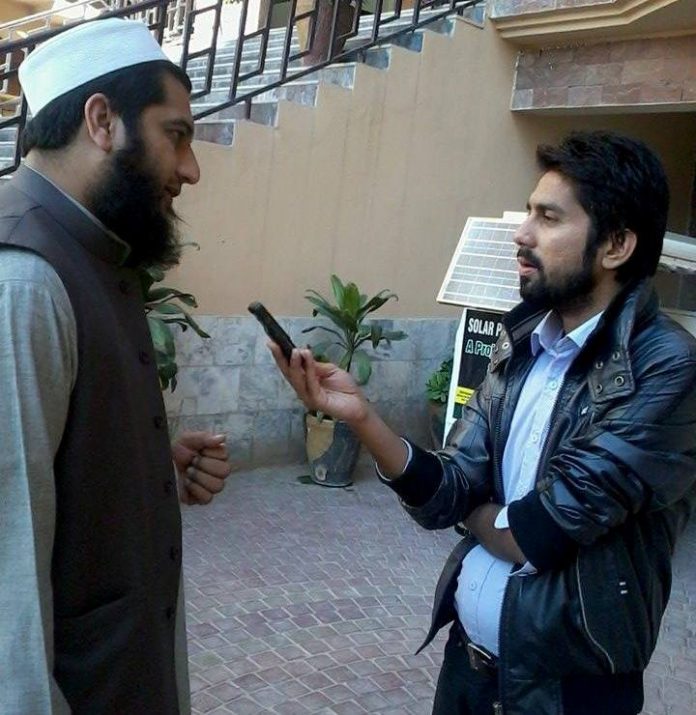 This auto rickshaw can travel with a speed of up to 77 kilometres per hour and does not make any kind of noise. TNN correspondent Syed Muhammad Aqib Ali interviewed Mr Muhammad Hilal, project coordinator and teacher of these students, about the cost of designing this rickshaw and how the students planned about making it.

TNN: How did you get the idea of making this rickshaw and how many people were there in your team?

Muhammad Hilal: Our country has been facing energy crisis since a very long period. One of the main reasons behind this crisis is that we mainly depend on oil for electricity generation. Our grid stations and power plants also run with oil due to which we had to import costly oil and the cost of electricity also increases. Our conventional rickshaws run with oil or gas and their operating cost his also higher. These rickshaws play a major part in contributing to the environmental pollution in the urban areas. The idea came to our mind with the thinking that we should do something to come out of energy crisis. The idea was to provide environment friendly means of travelling operated through solar penal with lesser operating cost. In this way we can save oil. Solar energy is used for this purpose which is a renewable energy source.

We had four students of final year, Mr Muhammad Zeeshan, Mr Musa Khan, Mr Mehmoodul Hassan and Mr Samir Khan Afridi, for this project. It is a requirement of the degree that the final year students will either do industry or project or conduct thesis and research work. I shared the idea of making a solar-powered auto rickshaw with these students and then we started work on it.

TNN: How many batteries are fitted in this rickshaw and what is its charge timing. Is there any alternative to run this rickshaw when there are clouds in the sky?

Muhammad Hilal: We have installed two DC motors and two batteries in this rickshaw. We can increase or decrease the number of batteries. The purpose behind installing two batteries is to reduce its weight and enhance its performance. Two solar panels have also been installed which can be charged both from sun and WAPDA. It can be charged within five hours from the sun and it takes only one and a half hours to be charged from WAPDA. A fully charged battery can run the rickshaw for five to six hours in day time if sunlight is also there. In case of no sunlight, the solar-powered rickshaw can run for up to three hours.

TNN: What is the cost of this project and did you get financial help form someone?

Muhammad Hilal: The budget of this project was Rs280,000. This project was financed by Directorate of Science and Technology Khyber Pakhtunkhwa. As this is a designed project, its cost can increase if we change some of its parts. We can reduce its cost to Rs150,000 if we make these rickshaws on commercial basis.

TNN: Has the government made any contact with you for its commercial production?

Muhammad Hilal: Directorate of Science and Technology is in contact with us and we have also signed a Memorandum of Understanding with them for provision of funds in this regard. The Transport Department senior officials had also visited us and showed their intentions to introduce these rickshaws on commercial basis in Khyber Pakhtunkhwa keeping in view the needs of the people.

TNN: You have enumerated many benefits of this rickshaw. Are there any disadvantages?