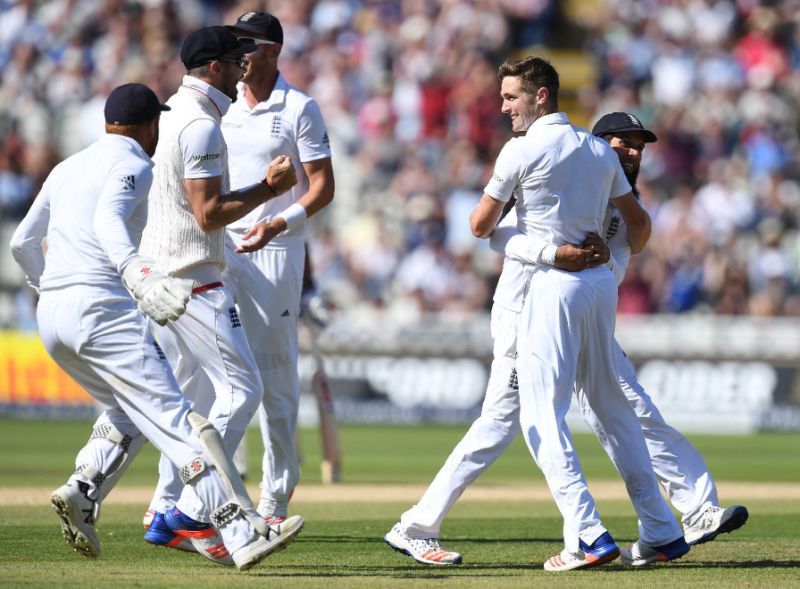 PESHAWAR, 07 August: England beat Pakistan by 141 runs in the third Test match at Edgbaston, Birmingham on Sunday. The victory gave England 2-1 lead in the four-match series ahead of next week’s concluding Test at The Oval.

Pakistan were dismissed for 201 while chasing a huge target of 343 for victory after England declared its second inning on 445 for six on the final day of the match.

Pakistan’s middle order collapsed again shortly before tea as they lost four wickets for just one run in 23 balls.

The star of the Pakistani inning Sami Aslam who was playing his first Test of the series, batted superbly for 70.