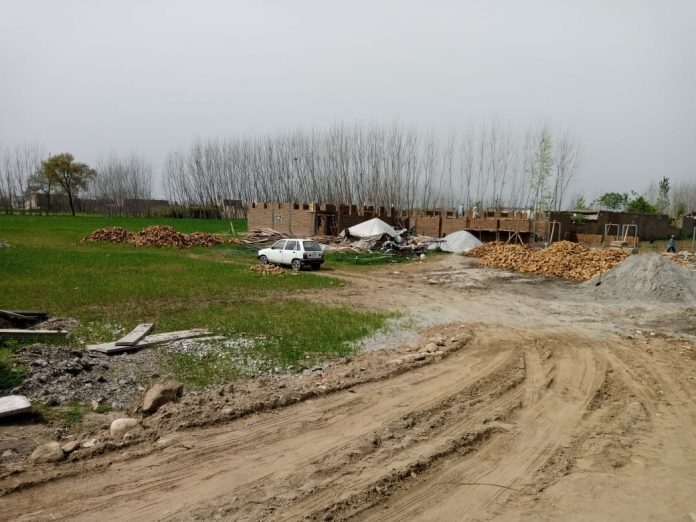 CHARSADDA: Construction of new houses on agricultural lands is going on in full swing which has not only caused food shortage and increased prices, but also rendered many people associated with farming jobless.

Haji Abdul Akbar Khan, a 70-year-old farmer from Sardheri area, said while talking to TNN that the government has not introduced any package for farmers and there is no plan to train farmers on modern lines to improve agricultural yields. “The result of this indifferent attitude of the government towards agriculture is that people are selling their agricultural lands where construction activity starts immediately,” he said.

Haji Abdul Akbar said so far the farmers of Charsadda have sold hundreds of acres of land and started other businesses. He said that last week, 400 kanals agricultural land was sold for housing plotting in Sardheri. He said if this land was properly used for agriculture then it could have produced 2,000 maunds gur (brown sugar), 24,000 maunds sugar or 1,500 maunds wheat annually.

Tehsil Municipal Officer Gul Amin said according to Khyber Pakhtunkhwa Local Government Rules 2005, construction would be carried out only on that land where agriculture is not possible. He said the Tehsil Municipal Administration (TMA) allows plotting only on 160 kanals piece of land for which the property dealer has to obtain No Objection Certificate (NOC) from TMA. The TMA then asks the property dealers to ensure plantation of trees on 2 percent land, construct 50 feet roads, mosque and market in the housing scheme.

The TMO said hundreds of hectors land was being sold in Charsadda without any NOC over which the TMA took action and booked 32 persons, and also sealed a dozen properties along with five offices.

The Property Dealers Association has termed the action of TMA as highhandedness, and said 500 families in Charsadda are associated with property business. 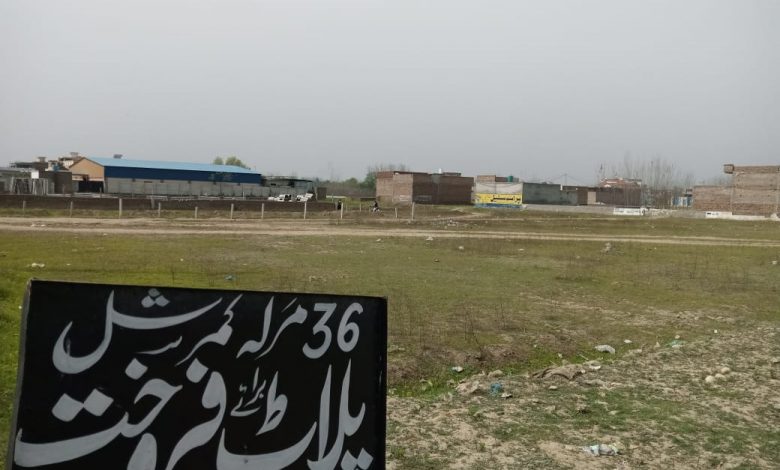 The Association General Secretary Jabir Jalal said their 32 colleagues were booked without any inquiry. He said the property dealers are facing difficulties in getting land transfer, registration and even while buying stamp paper.

Jabir Jalal said the filing of cases against property dealers has caused massive financial losses and also dented their image. He says the existing laws have no clear definition for agricultural and barren lands and it is silent as to what will the strategy if someone wants to sale land less than 160 kanal. He demanded the provincial government to review the law.

Professor Dr Nafees from Environmental Sciences Department of the University of Peshawar said tree cutting and elimination of crops is going on unabated for construction activities which may result into disastrous consequences for overall environment.

“We had conducted survey on three housing schemes in KP where it was emerged that construction activities were going on illegally and there were problems about drainage, solid waste management and soil erosion,” he told TNN.

Dr Nafees said that after these surveys, proposals were forwarded to the government to protect environment and avoid food shortage, but these suggestions were completely ignored. He said barren lands are available in huge quantity in southern districts of KP where housing schemes can be carried out. He said minimum 20 percent area must be forested or cultivated for healthy environment. At present, he said, only 5 percent area of Pakistan is forested. However, he said, the situation of KP is comparatively better with 12-15 percent forests.

Dr Nafees said it would be difficult to avoid environmental hazards and natural calamities if illegal constructions continued in KP.