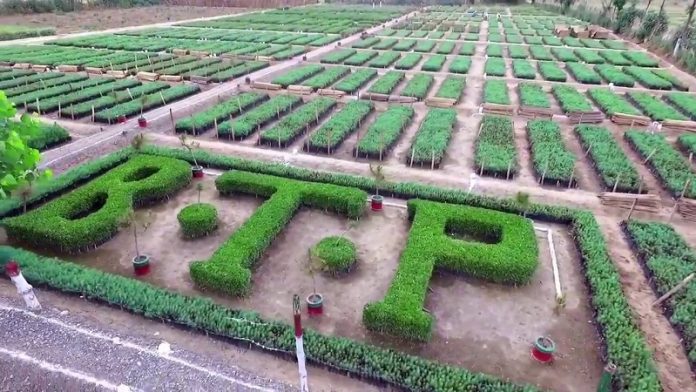 PESHAWAR: Due to the environment-friendly approach of Khyber Pakhtunkhwa (KP) government, Environmentalists and Journalists should project the province as green Destination, said advisor to KP Chief Minister on Science & Information Technology, Kamran Bangash.

Bangash said that KP has carried on a massive plantation made under the Billion Tree Tsunami project (BTTP) and other measures taken under the Clean and Green Pakistan initiative.

He expressed these views here on Wednesday while addressing the closing ceremony of a two days consultative workshop organized by Friedrich Naumann Foundation for Freedom (FNF) for journalists, climate activists and public officials. Head of FNF, Ms Birgit Lamm was also present on the occasion. Bangash said the first initiative taken by Prime Minister Imran Khan after assuming office was the announcement of Clean and Green Pakistan initiative.

“Our Billion Tree Tsunami project, which received a strong objection from opposition parties, was completed and endorsed by World Wildlife Fund (WWF) Pakistan as an international monitor,” Bangash claimed. “The journalist community and environmentalists can play an effective role in the projection of KP as Green Destination.”

Advisor to Chief Minister KP also informed participants of the workshop that his department, Science and Technology, has developed a mobile phone application in the name of `Clean and Green Pakistan’ with the objective of engaging people to give their input and display any initiative they took in this regard.

He said the response of people to the app is overwhelming and internet users from across the province are making displays on it. The maximum response is from Mardan district of the province, he added.

Kamran said Federal Minister for Environment, Zar Taj Gul has approached him and expressed desire of launching of the same clean and green app from the central level. In this connection, he said, a meeting is scheduled to be held tomorrow (Thursday). CM Advisor also disclosed that the KP government has installed air monitoring equipment at the offices of Chief Secretary and Mayor Peshawar to check air quality.

The government is soon installing the same equipment at important installations of Peshawar city after which data will be collected and data-driven decisions will be taken for improving the air quality of the city. He also held out assurance of giving full consideration to suggestions being made by environmentalists, climate activists and for the incorporation of them in the provincial budget.

Head of FNF, Ms Birgit Lamm said the initiative of Clean and Green Pakistan is highly regarded by Germans because the environment is a very important issue and needs important consideration. She said Pakistan is the most vulnerable country due to climate change and other environmental issues and there is a need of taking strong measures for combating these challenges.

Earlier senior journalist and Lead Moderator of Workshop, Afia Salam interacted with participants and apprised them about reporting of disasters due to climatic change. She also threw light on the role of media in spreading knowledge about safety measures for vulnerable communities and mitigating measures for the affectees.

Similarly, Afia added, media can also play an effective role in asking concerned officials about measures being taken for addressing environmental issues besides the utilization of funds allocated by the government in the budget.

Former Head of Environment Department, University of Peshawar, Dr Muhammad Shafiq briefed newsmen about climate change and its impact on life on earth.

Muhammad Arif, Communication Head of Agriculture Department KP and Media Manager of WSSP (Water and Sanitation Service Peshawar), Hassan Ali also made presentations and informed the participants about the role of their departments in addressing problems arising in the wake of climate changes.