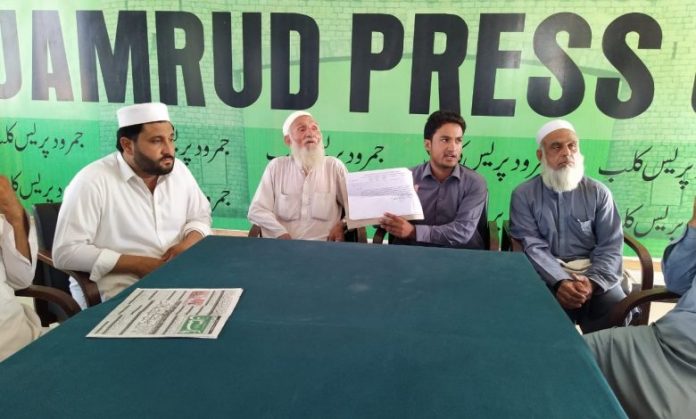 JAMRUD: The people of Mandto Killi in Jamrud tehsil of Khyber tribal district have called upon the government to establish a primary school in the area.

Social activists and elders from Mandto Killi, Kathiakhel, said while addressing a press conference at Jamrud Press Club on Tuesday that officials of Elementary and Secondary Education Department of Khyber Pakhtunkhwa conducted a survey of their village in 2019 for establishment of a girls primary school. However, they said construction work on the school could not be initiated two years after the completion of survey. They said the girls of the village had to cover a distance to three kilometres on foot to reach the school of the nearby village.

The local activists said many girls have left education as they cannot cover such a long distance on foot on daily basis amid extreme weather conditions. They said the population of the area is mostly poor and they cannot afford to arrange transport for their girls to go to school. Due to this problem, the girls enrolment in the area is very low and dropouts are increasing.

The activists said they have come to know that some people are trying to shift the project to another village, which is unjust. They demanded the provincial government to establish the school in their area to save the future of girls. They said no society can make development without educating their girls, adding that their area is lagging behind due to lack of education facility for girls.

The activists of various political parties in the alliance said after a meeting that police had failed to provide security and safety to the residents and their businesses in the area. The alliance members asked police authorities to take notice of frequent robberies in Landikotal Bazaar and homes.

The activists asked the Khyber district police officer to issue strict directives to the Landikotal Police to arrest those involved in robberies at shops and homes and award them exemplary punishments to curb this practice.