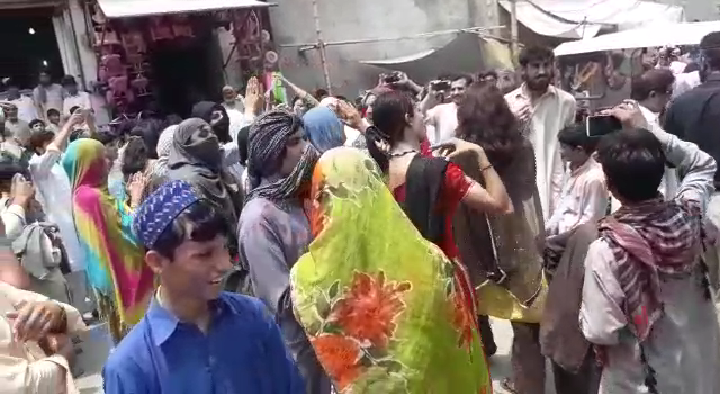 BANNU, 4 August: Eunuchs staged protest demonstration in Bannu on Thursday against imposition of ban on DJ music programmes in the district.

The eunuchs said the law and order issues have been created by criminal elements, not by eunuchs. They demanded the administration to lift ban on their programmes.