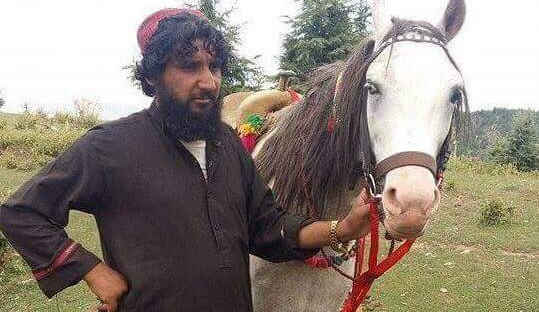 BARA: A former commander of Lashkar-e- Islam (LI), Wajid Malik Din Khel, has been killed in Afghanistan’s Nangarhar province on Saturday. According to sources, he was shot killed in Nazyan area allegedly by gunmen of Hafiz Salman group.

It was informed that he has developed differences with the commander of Hafiz Salman Group over some internal issue due to which they opened fire on him, killing him on the spot.  Efforts were made to bring his dead body for burial to his native village in Khyber district but permission wasn’t granted due to which he was buried in Nangarhar.

According to details, commander Wajid was associated with the Lashkar-e-Islam from 2004. As commander of LI, he has fought for a long time against the government in Bara of Khyber district until LI was flushed out from the country by security forces.

Sources furthered that commander was wanted to Peshawar Police in several cases related to extortion and attacks on security forces but he had escaped to Afghanistan. There is also information that Wajid had developed differences with LI chief and was hiding in Nazyan Dara for the last several years. And it was these differences due to which he engaged in a fight with Hafiz Salman group that proved fatal for him and was gunned down.

Former militant gunned down in Bara

Unknown assailants have killed a former militant commander, Noor Rehman, in Akkakhel area of Bara tehsil on Friday. Police said the gunmen riding a motorcycle opened fire on Noor Rehman, killing him on the spot.

No one has so far taken responsibility for the killing of the former militant commander. The gunmen after committing the crime escaped from the spot. Police said that a motorcycle, used in the crime, has been seized and are conducting further investigation into the case.