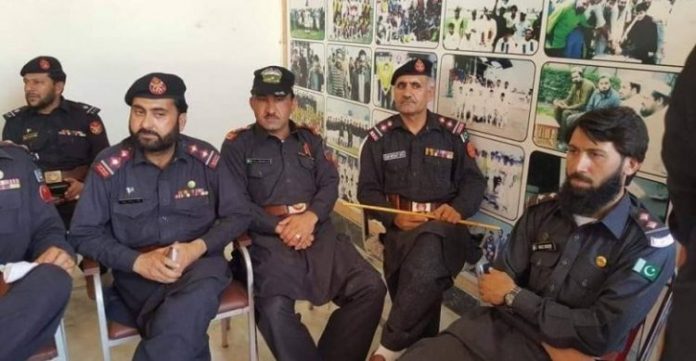 PESHAWAR: In a startling development, it has been revealed that a former chief secretary, tribal elders and political leaders had become part of Khassadar force in tribal districts and they received privileges associated with these posts.

According to a police officer of KP, a lot of difficulties are surfacing in collecting the data about scale and real number of Khassadars. According to him, if the Khassadar personnel were invited to Peshawar for inquiry, then some big names will surface in the scam. He said these names include a former chief secretary, tribal maliks, bureaucrats, political leaders and other notables.

The officer said there was no problem in giving ranks of police officers to Khassadar personnel. He said the Levies and Khassadars are now part of KP Police and they will be given ranks according to their seniority. He said the integration process will be carried out in a proper manner and everyone will get position according to his rank. He said the tribal force members will also be given proper training at the police training centres.

A lot of criticism is being made on the mode of integration of Levies and Khassadars into KP Police. Most of the Khassadars are not well educated and there are also problems regarding their physical fitness and age, but they have been given ranks of SHOs and DSPs in KP Police. The KP government took this decision after succumbing to pressure by the Levies and Khassadars in shape of continuous protests. The tribal youth are of the view that there is no shortage of educated people in the tribal districts and they should have been appointed on police posts. In KP, candidates go through strenuous province-wide competitions to get the jobs of ISI and DSP in KP Police.