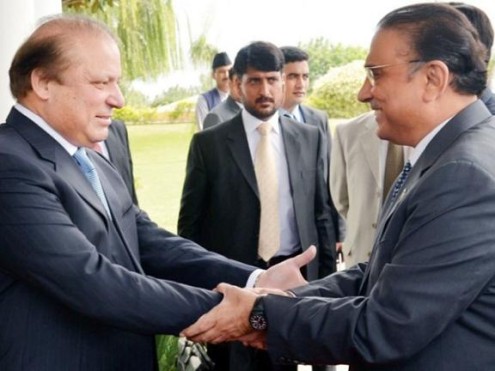 PESHAWAR, August 23: Pakistan People’s Party (PPP) co-chairman and former president Mr Asif Ali Zardari has said that they are in favor of formation of a judicial commission to investigate the allegations of rigging in the 2013 elections.

Mr Zardari met the Prime Minister Mr Nawaz Sharif at Raiwind in Lahore, Punjab, where they discussed the prevailing political crisis in the country due to the sit-ins of Pakistan Tehrik-e-Insaf and Pakistan Awami Tehrik activists.

Mr Zardari said his Pakistan People’s Party would support the government both inside and outside the parliament and that it would try to discourage the people out to derail democracy.