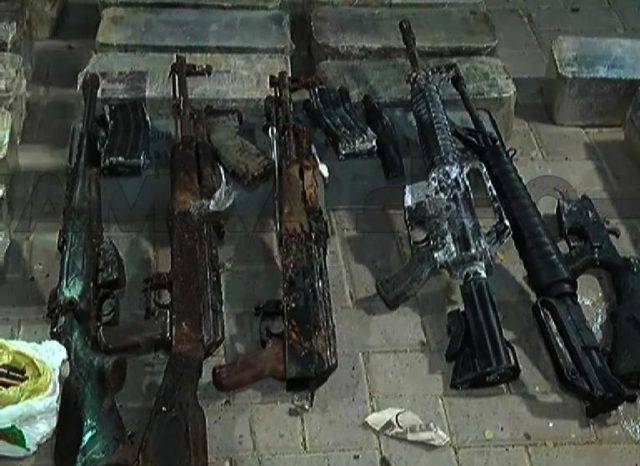 PESHAWAR: The Khyber Pakhtunkhwa Excise and Narcotics Control Squad on Saturday recovered huge cache of illegal arms and ammunition from a car on GT road within the jurisdiction of Pishtakhara Police Station.

Officials of the Excise and Narcotics Control Squad said that on a tip-off they stopped a vehicle on Ring road. They added that on through search, they recovered 50 rifles and 100 magazines from hidden portions of the vehicle. The in-charge of the squad, Inspector Faisal Khan told the media that the illegal weapons were being transferred from Dara Adam Khel on Punjab province.

Khan added that the driver of the vehicle, identified as Qasier Sarfaraz, a resident of Shahdara area in Lahore has been arrested. The inspector added that during the initial investigation, the accused has admitted that he was smuggling from Dara Adam Khel to Punjab province. A case has been registered at Pishtakhra police station and further investigation is underway.

NAB officials said that 2 plots measuring 4 kanals, 5 marlas; and 05 kanals 8 marlas in Peshawar city were allotted to TB association on concessional rates. The accused Syed Qasim Shah in the capacity of former Sub-Registrar has allegedly illegally registered deeds and deprived TB Association of the valuable property. One plot was allotted by used as clinic while another plot was to be used for rehabilitation of the TB Patients.

The accused person will be produced in the Accountability Court Peshawar for obtaining his physical remand.