KHAR: Far from the world view, there is a waterfall in the remote mountains of Bajaur tribal district which resembles some of the most attractive waterfalls of the country.

Due to the difficult terrain and remoteness, very few people make it to the waterfall in the mountains of Bajaur, while most of the people remain unaware that such a lovey scene exists in the tribal region.

Two weeks ago, a person from Nawagai area uploaded the pictures of this waterfall on the social media. I immediately made a plan to visit this site and started journey towards the venue on 20 April. After reaching Pasht area of Salarzai tehsil, we moved towards right and moved further right from Tarano Gambat Road. The concreate road ended after three kilometres distances and the rest of the route was unpaved. However, the local people were quite comfortable on the unpaved road as they were used to it. The condition of the route was worsening as we were moving forward and ultimately we decided to park the car and cover the rest of distance on our own feet.

The sunset time was nearing, while the valley was presenting a lovely scene. The route was more dangerous than our expectations. In the event of rains, land sliding occurs on the mountains, which also washes away the narrow routes on these mountains.

We were also taking some local children along as guides. As we were moving forward, the route came to an end and the guide children also refused to accompany us further. The children advised us to be careful with our mobile phones and cameras, as the local people don’t like these gadgets and may get aggressive. 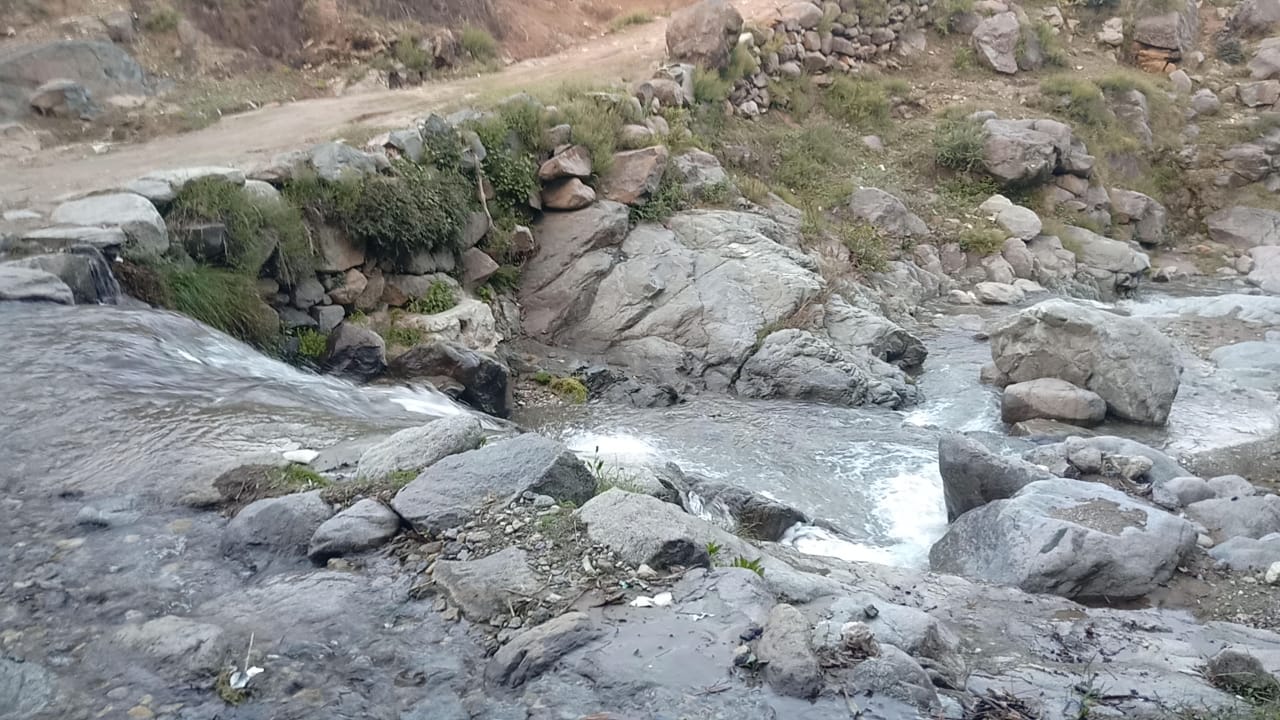 The mountain was slippery and it was quite dangerous to walk over it. However, we continued our journey by clinging with the tree bunches on the mountains and ultimately we reached the waterfall and realised that it was one of the most beautiful places in the country. Only 20 minutes were left in the sunset, so we took pictures, made videos and enjoyed the scenery in the leftover time.

We initially decided to go further down and film the scenery, but the rocks blocked our way and light was also fading fast, so we decided to go back. After the whole trip, we got extremely hungry and ordered fish on our way back for dinner.

It was an extremely enjoyable trip and an ideal place for those who love to go for expeditions.