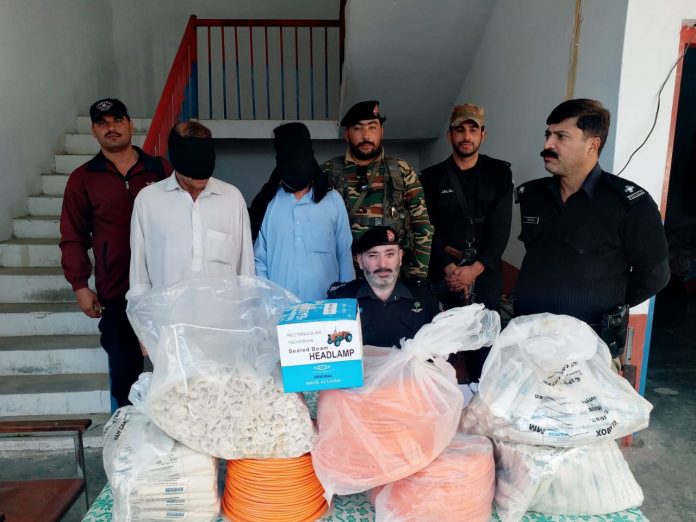 CHARSADDA: A huge quantity of explosive material was recovered from a vehicle in Charsadda on Friday, police said.

Deputy Superintendent of Police (DSP) Shabqadar Muhammad Riaz Khan said District Police Officer (DPO) Irfanullah Khan formed a team after receiving information that explosives may be shifted in a vehicle anytime from Yakkaghund route. He said the police team stopped a Datsun pick up (Peshawar-6764) at Yakkaghund check post and recovered explosives from its hidden compartments.

The explosives could have been used in some major sabotage act and the timely action by the police foiled that plan.

Two suspects in the vehicle carrying the explosives were also arrested. They were identified as Sher Muhammad and Abdur Rehman. A case has been registered against the accused in Saro Killi Police Station and further investigation is underway.

On last Friday, a massive blast in Kalaya Bazaar in Orakzai left 36 people dead and 37 others injured. Security officials said 12 kilograms explosives were used in that blast.