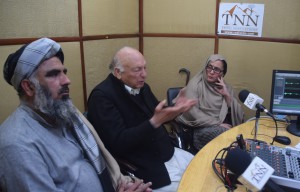 Like common people from FATA, leaders of political parties and experts are also divided on the extension of Supreme Court and High Court to tribal region. To bring their viewpoints on the recent passage of FATA reforms bill by the National Assembly which allows judicial system to FATA, TNN conducted an interview panel with tribal legal expert Latif Afridi Advocate, Ayesha Mohmand of Takra Qabaili Khwendo and Jamiat Ulema-e-Islam-Fazl (JUI-F) FATA ameer Mufti Abdul Shakoor.

TNN (from Latif Afridi): How do you see the passage of the bill by the National Assembly regarding the extension of SC and PHC jurisdiction to FATA?

Latif Afridi: Protests by the political parties and people of FATA eventually persuaded the government to pass a bill from the National Assembly about the extension of the Supreme Court and PHC jurisdiction to the tribal areas. However, the government retained the powers of deciding timing and location of the judicial structure in FATA. It is feared that by retaining these powers, the government will try to appease its allies. Although the bill has been passed, it is yet to be implemented. The FCR law is still there and the political agent enjoys vast powers. Therefore, we can assume that the judicial system’s extension to the tribal areas left much to be desired.

Mufti Abdul Shakoor: We are supporting the courts’ system in FATA from the day one. It is a wrong impression that we had opposed the bill in the National Assembly. In fact, the government had included some more items in the bill which hinted towards the merger of FATA with KP. We only agreed to support the bill after the written assurance from the prime minister that FATA will not be merged with KP. They also omitted the clauses about a representation of FATA in the KP Assembly. Latif Lala knows that when there was no high court in Balochistan, then the Sindh High Court had jurisdiction there. So FATA cannot be merged with KP this way. 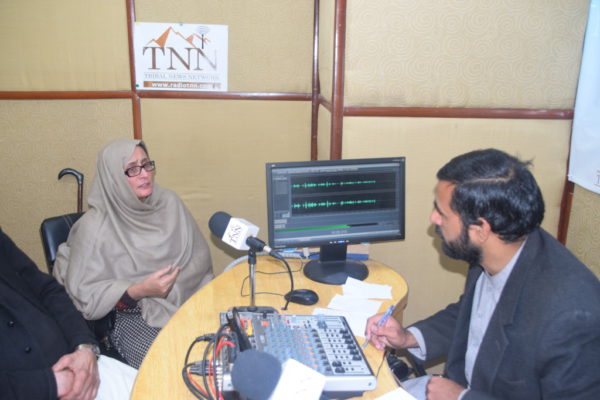 Ayesha Mohmand: The extension of the existing judicial system in KP to FATA will be highly appreciated. The tribal women don’t want to disregard Islamic teachings or Pakhtun cultural traditions. The judicial system in FATA will give a hope to the women to raise their voice for their rights. The judicial system can help us get rid of obsolete practices of Swara, Ghag and ‘sale’ of women and seek our right to property. The tribal women are very happy over this development and want its implementation. It is unfortunate that our own people are opposing the merger. Mufti Abdul Shakoor and his party are opposing the merger and pressurizing the government not to do so. The women will get their rights after the merger.

TNN (from Latif Afridi): What are the requirements for the NA bill of the judicial system in FATA to become a law?

Latif Afridi: Now the bill will be passed by the Senate and then the President of Pakistan will sign it after which it will become a law. The bill has to pass through major phases and passage through the NA was just a beginning. Mufti Sahib is right in pointing out that it was not a merger, but a step by the government to appease its allies. The process of the merger has been stalled and we don’t know whether FATA will get representation in the provincial assembly or not.

TNN: In the current circumstances, what is the trend in the reforms process now?

Latif Afridi: In future, the trend will shift towards the merger of FATA with KP.

TNN (from Mufti Abdul Shakoor): You believe that there will be no merger, then where the whole process is going?

Mufti Abdul Shakoor: The process of reforms is continuing and we have told the government that FATA should be brought into the national mainstream first by spending Rs90 billion in the region and bring it on par with settled areas. The tribal people should be asked afterward what they want. Extension of the judicial system is part of reforms process. It will ensure access to justice like other facilities i.e. education, healthcare, communication etc.

TTN (from Latif Afridi): How the judicial system will be implemented in FATA? 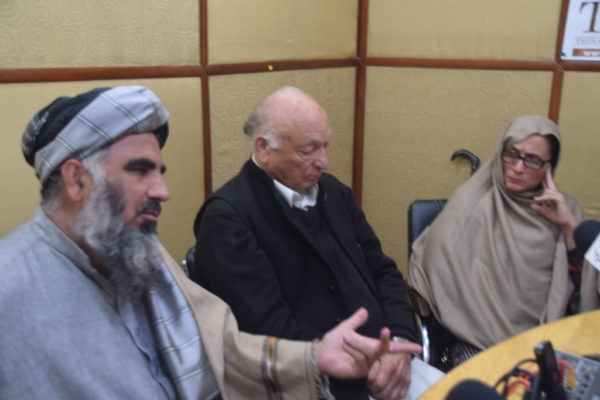 TNN (from Ayesha Mohmand): What will be the impact of the extension of the PHC and SC jurisdiction to FATA on the lives of tribal women?

Ayesha Mohmand: Even if five percent tribal women rose for their rights, they will kindle hope for other women. For example, the tribal women who don’t have any brothers are often considered weak and their property is snatched by cousins. They get rid of such women by marrying them off or even ‘selling’ them. At least, such women should approach the courts for their rights. She can ask the court why she has been deprived of her share in inheritance and why she face this treatment despite clear teachings of Islam regarding the share of women in property. It often happens in the tribal areas that a woman is given in marriage by the so-called elders to such a person who she has never seen in her life. Such women are not asked about their consent to marriage with an unknown person who can potentially be aged, drug addict, criminal or mentally unstable. Such women spend the whole of their lives with a person chosen by someone else for them. The courts will at least provide a platform to such women to raise their voice against such injustices. It will also help the tribal women getting rid of obsolete practices of Ghag and Swara etc. I am extremely happy with this development. There are some lawyers who are willing to fight cases for the tribal women without charging any fee because they know that the women lack financial resources. If not us, our coming generations will benefit from this development. Inshallah, our FATA girls will become doctors, professors, and lawyers in future.

TNN (from Mufti Abdul Shakoor): Do you think the country’s judicial system will work in FATA?

Mufti Abdul Shakoor: The JUI-F believes that access to justice is the basic right of citizens and they should get this right. Women don’t get a share in property in FATA which is not a good thing, while the civil law provides for such rights of women. The women have the right to enter marriage according to their choice. Everyone agrees that parents have a very esteemed position in our society, but if the women are given in marriage against their consent then it will be against Shariah. The sale of women is also forbidden in Islam. That is why we always say that Shariah system should be brought in FATA which guarantees the protection of rights of all segments. Such negative practices will come to an end with the arrival of courts in FATA. If FATA gets the status of a province then will make legislation according to the wishes of the tribal people. It will bring political insight and wisdom among the FATA people.

Latif Afridi: I will like to add here that currently the system of ‘might is right’ is prevailing in FATA. The courts will bring an end to this system of torture. The aggrieved party in a case will be able to hire at least a low-level lawyer and they hope for getting justice through the court. It is a fact that even the powerful circles fear the courts, but the existence of courts in FATA is required for this purpose. The extension of high court jurisdiction to FATA will not be enough to dispense justice. For example, if the Application of Shariah Act 1935-36 is not extended to FATA, then under which law the courts will decide cases in the tribal areas.

TNN: If the extension of the judicial system is not enough, then what is the use of this whole exercise?

Latif Afridi: It has been done merely to keep them quiet for the time being, end protests in the National Assembly and deceive the public.

TNN (from Mufti Abdul Shakoor): To what extent the courts will affect the tribal and Jirga system?

Mufti Abdul Shakoor: There should be no doubt that the Jirga system will come to an end after the complete extension of the SC and PHC jurisdiction in FATA. The Jirga system is prevailing throughout the world in one form or other. There is no harm in giving legal protection to the Jirga system.