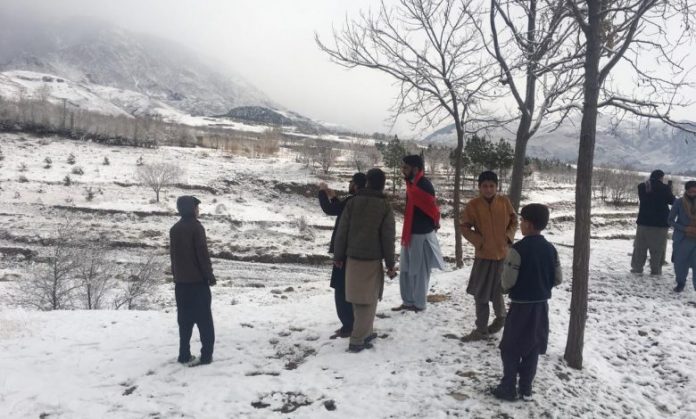 Severe cold wave has gripped Hazara division and other parts of Khyber Pakhtunkhwa. Particularly in upper parts of Hazara the temperatures are below -5 degrees centigrade, Naran recorded -6 degrees, Kaghan -5 degrees, Galiyat -3, Abbottabad -2, while temperatures of plain areas in Hazara division also reached -1 degree centigrade. According to the Metrological Office, the current extreme winter season is expected to continue till the end of March 2021.

The district administrations of respective districts have been directed to establish temporary shelters with heating systems, food items and also provide other necessities of life to the affected persons. The provincial government has also directed the concerned authorities to ensure the shifting of people in the snowfall and rain hit damaged houses to the shelter homes.

According to the notification of KP Relief Department, the deputy commissioners have the authority to activate the existing shelter homes or to establish new shelter homes, while the Provincial Disaster Management Authority (PDMA) would provide tents and blankest for temporary shelter homes from its HRF Jalozai central godown. The deputy commissioner was ordered to coordinate the director-general of PDMA for the provision of more facilities.

The deputy commissioners are to give people Rs100 for breakfast and Rs200 each for dinner and lunch. The notification also instructed the PDMA director general and deputy commissioners to maintain “proper accounts and inventory” to register funds and articles for information and audits.

Meanwhile, instructions have been issued to tourists in Abbottabad and Galiyat not to travel during night-time and keep a chain in their vehicles to avoid difficulties in the travelling.

The Galiyat Development Authority said roads are slippery due to heavy snowfall and tourists may face difficulties during travelling. It has advised the tourists to wear warm clothes as the weather is extremely cold after snowfall. These measures have been announced keeping in view the fresh wave of extreme cold weather and citizens have been asked to be careful.