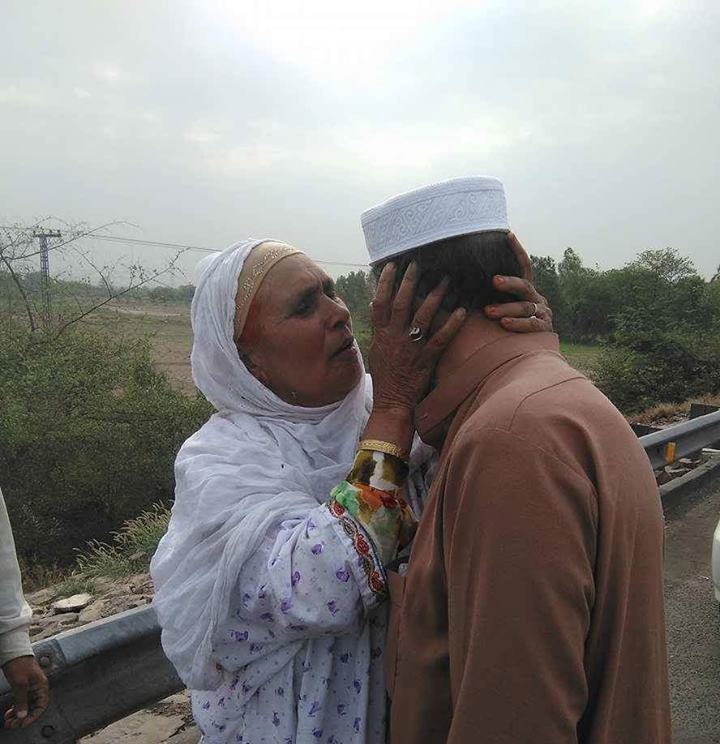 UPPER DIR, 4 May: A woman hailing from Ashiri Darra area of Upper Dir, who went missing 60 years ago, has finally found her family members with the help of social media.

According to media reports, Jehan Sultana went missing 60 years ago. Her son, Ziaul Haq posted a message on Facebook recently that they are living in Anantnag area of Indian Held Kashmir (IHK) and his mother wishes to meet her brothers living in Upper Dir. A man from Upper Dir managed to trace address of brothers of Jehan Sultana and informed them about the development.

The 75 years old Jehan Sultana crossed the Wagha Border on Wednesday and met her brothers Inamuddin, Safauddin and Jamaluddin.

Jehan Sultana went missing after being given as Swara (compensation to settle a dispute) to a man hailing from Charsadda when she was eight years old. After few years, she went missing and her family members searched her everywhere, but could not find her.