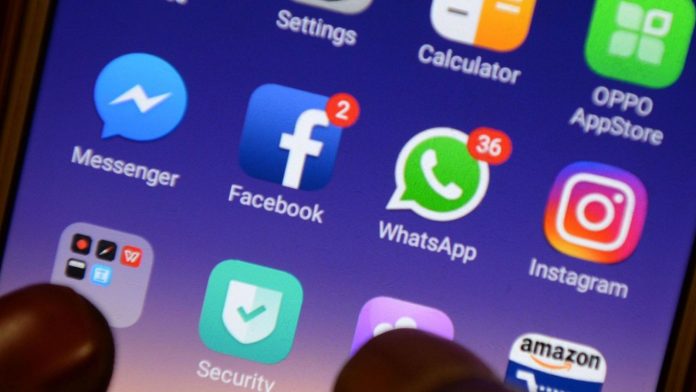 Those trying to log in to Facebook are being met with a message to say the site cannot be reached, while WhatsApp messages are either not sending, or delivering with a long delay. Those trying to connect WhatsAPP on computer are seeing message that “your computer is not connected”. “Checking for WhatsApp messages,” was the only notification coming through on WhatsApp for many users on their mobile phones.

Due to blockage of these services, people who are now used to these facilities, are facing difficulties. Many of them are using alternative apps for making contacts.

According to UK-based site downdetector.co.uk, which has received more than 100 complaints, the problems are worldwide.

In Pakistan, Facebook was the first to encounter problems at around 3:28pm (PST), according to traffic-monitoring website DownDetector. The Facebook outage was followed by Instagram outage at 3:33pm and WhatsApp outage at 3:58pm. It was not immediately clear what caused the outage or how long the platforms would be down.

The hashtags #WhatsAppDown, #InstagramDown and #FacebookDown have been trending on Twitter worldwide, alongside Zuckerberg, with social media users voicing their frustrations.

Facebook’s issues come just a month after Facebook experienced its worst outage ever. Facebook, WhatsApp, and Instagram were all inaccessible for hours last month, and it wasn’t until over 24 hours later that Facebook finally gave the all clear. Facebook blamed a “server configuration change,” and apologised for the outages.