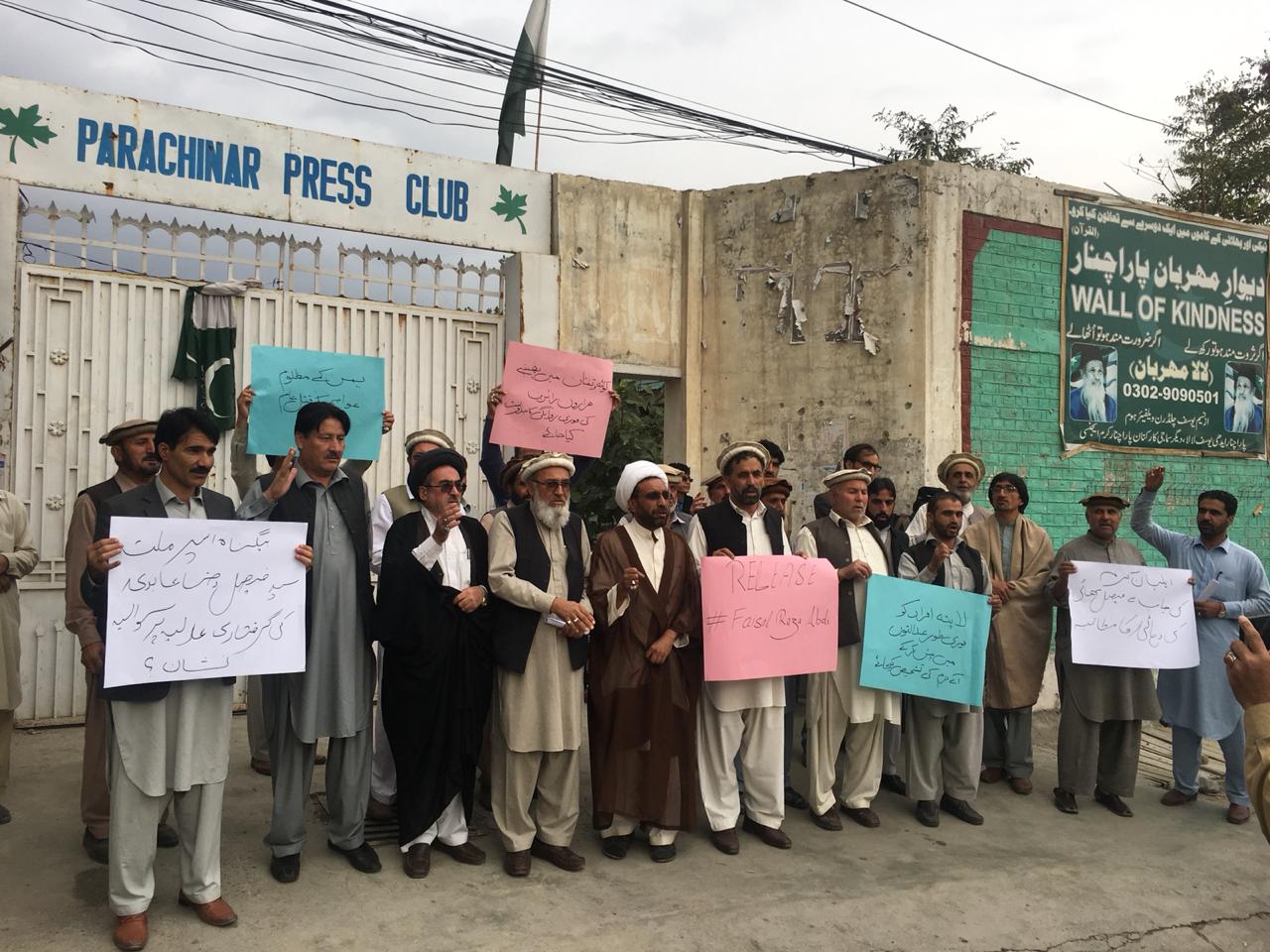 PARACHINAR: The political, religious and social circles in Parachinar, Kurram tribal district, have demand facilities for devotees visiting the religious sites in Iran and Iraq.

Tehreek-e-Hussaini leader Allama Yousaf Hussain, Anjuman-e-Hussainia leader Muhammad Konain, Majlis Ulema-e-Ahliat head Allama Baqir Haideri, Imamia Organisation leader Hussain Afzal and other leaders said while addressing a joint press conference in Parachinar on Tuesday after staging a protest outside the press club that the devotees visiting the religious sites in Iran and Iraq are facing a lot of difficulties due to inadequate arrangements at the Taftan border with Iran. They said many devotees are sitting under the open sky near the border due to lack of facilities. They demanded the government to provide all necessary facilities to the devotees in Quetta and Taftan.

The religious leader said the policemen allegedly involved in killing of a woman who was protesting for the rights of the devotees must be given death sentence. They also demanded immediate release of former Senator Faisal Raza Abidi who was arrested few days ago over charges of contempt of court.