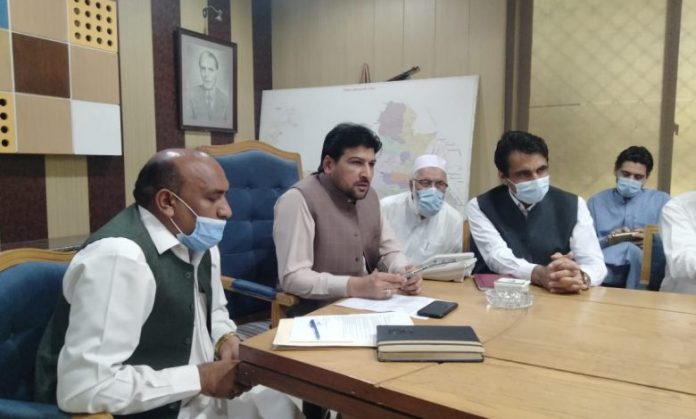 LANDIKOTAL: Deputy Commissioner Khyber tribal district Mansoor Arshad has said that protection of basic rights and provision of facilities to the people of the district, particularly the minority community, was the top priority of the district administration.

Participants of the meeting appreciated the services of minorities in establishment of a healthy society and said they deserve all facilities and incentives enjoyed by other citizens.

The meeting discussed various measures for minorities like arranging an open court on tehsil level, financial assistance to Sikh community members affected from militancy and military operations, establishment of community halls in Bara and Tirah for religious functions of minorities, establishment of Shamshan Ghat for cremation ceremony of minorities, ensuring 5 percent quota of employment, scholarships, dowry funds and other basic facilities.

Deputy Commissioner Mansoor Arshad said at the meeting that the problems faced by minority community in Khyber tribal district would be resolve don priority basis. He said instructions have been issued to relevant departments for preparing proposals for establishment of community centre, arranging an open kutcheri (court) for redressal of problems of minority community on Friday in Bara in the first phase of the process, appointment of suitable candidates of minority quota in different departments, due share in scholarship and dowry funds, payment of compensation to those affected by the wave of terror and other issues. He said progress on the measures will be reviewed on periodic basis and it will be ensured that all these steps are taken for betterment of minorities. He said the district administration is well aware about its responsibilities towards minorities and it will fulfil all its duties in a befitting manner to their satisfaction.