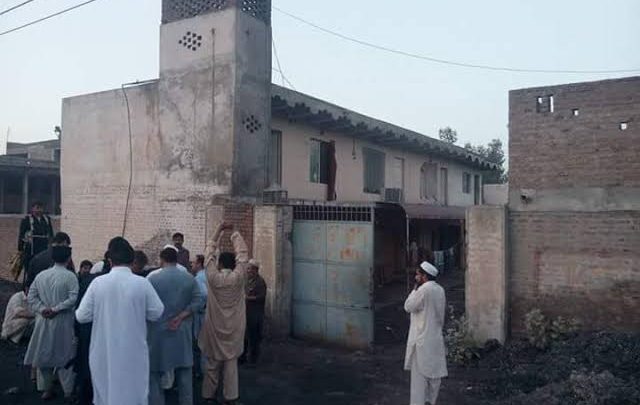 BARA: The number of factories is increasing in Shahkas area of Khyber tribal district rapidly. Capitalists are investing hugely in industrialisation, but no one is paying attention to environmental degradation because of these industries.

Recently, fire erupted in a tissue paper factory in Shahkas which caused eye infection to many people in Shahkas and nearby Hayatabad town of Peshawar. Increasing pollution has not only affected the human beings, but migratory birds have also deserted this area as environment is no more supportive for them. The environment situation is also bad because not enough plants and forests have been grown in the area. The plastic factories have particularly played havoc with the local environment.

The area people have also expressed grave concern over supply of narcotics from the area. Local people said a boy and a girl had come in a car from Islamabad few days ago and they were looking for crystal meth (ice drug).

Most of the factories in Shahkas are owned by people from Punjab and other areas. Although, the local people get jobs in these factories, but they get very meagre remuneration for their hard work. Most labourers work 12 hours a day and there is no holiday even on Sundays and get Rs15,000 monthly salary.

Labourers are even not given sick leaves, and if they observe off day then the day’s payment is deducted from their salary. Poverty has forced many people to send their children to these factories instead of schools who work on even lesser remuneration.

People of Shahkas also complain that the electricity of the area is provided to factories and the area people face prolonged load-shedding. They alleged that the factory owners in connivance with Wapda officials are stealing electricity. They said industrialisation is good to provide jobs to local people, but its cost in shape of environmental degradation is too high. They called upon the government to find a permanent solution to the issue.